A Sultan’s Present – the Robe of Honor in the Museum of Islamic Art, Berlin 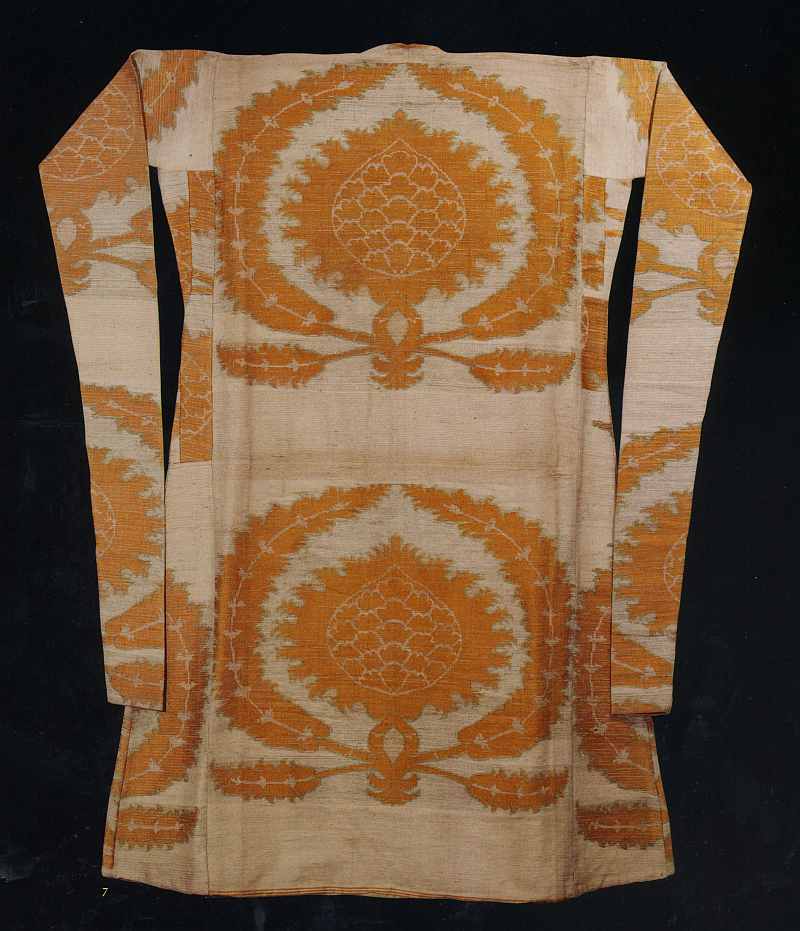 In 1763 King Frederic II of Prussia sent an embassy to the Ottoman court in Constantinople. The mission was not successful, but as a result a precious robe made of silk brocade returned to Prussia. Only few of such robes have survived, all are characterized by a design of large golden pomegranates on a silver ground. Ms. Helmecke will tell the story of this robe. She will also discuss how this type of garment was used in Ottoman society and its connection to foreign embassies.

Gisela Helmecke received her degree in the Science of Art History at Humboldt University in Berlin. She is curator of textiles, metalwork and epigraphy at the Museum of Islamic Art in Berlin and has organized many exhibitions at the museum and abroad. Her main area of interest are medieval tiraz-textiles. She also did work on Ottoman and Kashmir embroideries. Her writings include many articles on Islamic objects. In 1993 she was published in “A Wealth of Silk and Velvet”, a catalogue that accompanied an exhibition of Ottoman textiles in Hamburg. She wrote a book about Large Medallion Suzanis which accompanied an exhibition at the Berlin Museum in 2009. In 2010 she wrote the exhibition catalogue for a “Splendour of Colour – Shimmer of Silk” at the L.A. Mayer Museum and Islamic Art Museum in Jerusalem. Gisela Helmecke is a member of the International Study Group “Textiles of the Nile Valley”.