African Textiles and Dress: Highlights from the Newark Museum Collection 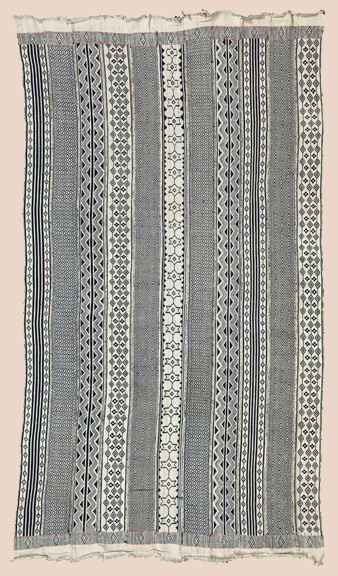 Join Dr. Clarke, Senior Curator, Arts of Global Africa at the Newark Museum, and her colleagues, Curatorial Fellow Kimberli Gant and Research Associate Roger Arnold, for a presentation on the museum’s internationally-recognized collection of African textiles and dress. The lecture will focus on interesting and rare examples from throughout the continent to be featured in a forthcoming catalogue on the collection.

Dr. Christa Clarke, a specialist in historic and contemporary African art, joined the Newark Museum in 2002 and has organized numerous exhibitions on a broad range of subjects. Her publications include Representing Africa in American Art Museums: A Century of Collecting and Display (co-edited with Kathleen Berzock; 2010) and African Art in the Barnes Foundation: The Triumph of L’Art Negre and the Harlem Renaissance, published by Rizzoli in 2015.

Kimberli Gant joined the Newark Museum at the beginning of 2015, having previously worked as the Director of Exhibitions at the Museum of Contemporary African Diasporan Arts (MoCADA) in Brooklyn, New York.  She is completing her PhD in art history at University of Texas-Austin specializing on African photography and urban space.

Roger Arnold joined the Newark Museum in 2015, having previously worked in the curatorial departments at the Brooklyn Museum and the Museum for African Art. He is completing an MA at City College of the City University of New York, with a focus on African textiles.