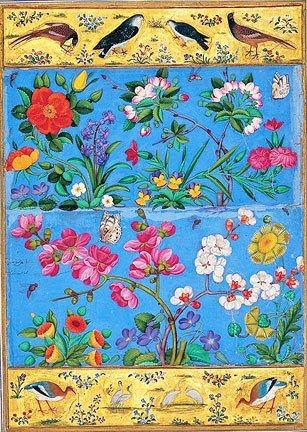 Guests are welcome, members are invited to bring a piece or two for show & tell
We encourage everyone to stay for dinner!

NOMINEES FOR THE BOARD OF DIRECTORS

We have three board members who are leaving the board this year: Rebecca Lindsey, Roger Pratt and Gloria De Luca; the Club is extremely grateful to them for their years of service and of course looks forward to their continuing active participation as club members.
As members for the Class of 2020, the nominees are as follows: Bonnie Corwin, Ku’uipo Curry and Elisabeth Parker.

Bonnie Corwin is a graduate of Pratt Institute, Brooklyn, NY. She enjoyed a 30 year career as the creator of packaging and displays in New York for Revlon and L’Oreal. Her love of Asian textiles developed in the early 1980s when she lived in Hong Kong for two and a half years. Travel to Thailand, Laos, Indonesia and other southeast Asian destinations introduced her to the intriguing world of batiks and ikats. Bonnie and her husband returned to Hong Kong in 2005 where she became a member of the Textile Society of Hong Kong and eventually editor of the society’s newsletter, a position she continued after moving to Japan in 2008. Bonnie worked to build relationships and support for the newsletter and came to appreciate the unique position the newsletter has among Asian textile enthusiasts internationally. After the demise of the Textile Society, in 2009 Bonnie launched the new publication Textiles Asia, a journal published three times a year.

Ku’uipo Curry grew up on the island of Kauai, Hawaii and spent her youth living, working and studying in the continental US, Italy, France, Japan, Taiwan, the UK, Germany and South Africa, She is a native English speaker, and in living abroad, picked up Japanese, Italian, French and German. She completed her undergraduate work at Wellesley College (art history) and the London School of Economics (political economics) and was a Sloan Fellow at MIT (MBA).
When not racing sailboats, deep sea diving, hiking, reading, traveling the world and visiting museums, she usually works as a technology strategist and project manager for established industries that want to innovate. She has worked with national and international governments on the global transition to LED lighting, and most recently, has been working on moving US healthcare data to the cloud to enable better financial reporting and analytics.

Elisabeth Parker has over 24 years experience in the field of rugs and carpets. She is an independent consultant and appraiser specializing in carpets from Iran, Turkey, India, China, the Caucasus, and Europe. A long-time member of the Hajji Baba club, Ms. Parker has lectured widely on carpets and appeared as a guest specialist on The Antiques Roadshow from 1999-2002.

Between 1996 and 2017, Ms. Parker was Vice President, Senior Specialist and International Head of the Rugs and Carpets department at Christie’s Rockefeller Center. Ms. Parker researched and priced all carpets in the Americas for the monthly Living with Art sales, single owner sales, and two yearly main sales. She was also responsible for all appraisals containing carpets generated by the company, for insurance, fair market value, charitable donations and auction purposes. During her tenure, Ms. Parker was instrumental in achieving some of the exceptional prices in this category such as the record-breaking $4.4 million sale of a Louis XV Savonnerie carpet, the Doris Duke 17th century silk Isfahan rug for $4.9 million, and the record for a Chinese Ming carpet for over $650,000.

Prior to Christie’s, Ms. Parker was a cataloguer at Butterfield and Butterfield in San Francisco for both the carpet and silver departments from 1991-1995.