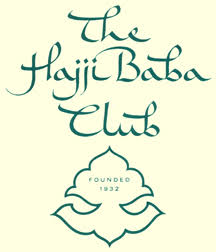 Guests are welcome, members are invited to bring a piece or two for Show & Tell, and we encourage everyone to stay for dinner!

NOMINEES FOR THE BOARD OF DIRECTORS

The Club’s nominating committee for the class of 2019 was fortunate not to have to look far for excellent candidates. Our nominees to serve three-year terms on the HBC Board are all well-known to the membership, since all three are current board members.

Corinne Berezuk has served one term on the board, is our Assistant Treasurer and has performed herculean labors on the Club’s tax returns for the past several years.

George Bradley has also served one term on the HBC Board, and has been a valuable member of our program committee.

Heather Ecker was appointed earlier this year to fill Denise Cain’s unexpired term on the HBC Board. She is being nominated to serve a full term beginning in June.
Please look over our nominees’ full biographies below:

Corinne Berezuk
Corinne, a native New Yorker, whose professional career spanned the Arts and Finance, began studying needlepoint in 1970. Her career started in the Arts as a financial analyst/coordinator with The National Endowment for the Arts, then to the New York State Council on the Arts in dance, music and theatre. Two years later, Corinne was named as the Chief Financial Officer of the Joffrey Ballet. During the next three years, she engineered a successful turnaround of the Joffrey, working with Development to build the Company’s financial resources and a small endowment. By invitation of the Financial Accounting Standards Board (FASB), Corinne joined their Committee to study and develop Accounting Rules for Not for Profit entities.

Her professional careers provided the vehicle upon which she traveled the world studying Chinese silk embroidery in Suzhou, Japanese silk embroidery in Atlanta, gold work at the Royal School, beadwork in Florida, tapestries in Portugal and fine silk brocades and lace in Italy. To further her study, Corinne collects antique textiles and embroideries from the 17th through the early 20th centuries.

George Bradley
George’s interest in textiles was sparked by a rug he inherited by chance and which originally belonged to his great grandfather, who was U.S. consul in Jerusalem during the first World War. The rug is a Fereghan Sarouk, and it was by way of researching that piece that he was bitten by the collecting bug. George grew up on Long Island and was educated at Yale and the University of Virginia. He is the author of five books of verse published by Yale University Press, Knopf, and Waywiser Press (U.K.). His first collection won the Yale Younger Poets Prize, and he is the editor of the Younger Poets Anthology. His fifth book of verse, A Few of Her Secrets, appeared in 2011. A writer of fiction and criticism as well as verse, his poems, stories and reviews have appeared in many publications, among them: The New Yorker, The Paris Review, The New Republic, The Yale Review, et alia. George has worked in many fields, employed variously as a construction worker, a sommelier and a copywriter. At present, he imports and distributes a brand of extra virgin olive oil (La Bonta di Fiesole from the family farm in Tuscany). When not on the farm, George lives in Chester, Connecticut.

George’s current taste in textiles runs to piled work, and as a result of his initial exposure he is interested in Arak area weaving and related non-nomadic production. That said, he is also much attrracted to the luxurious wool produced in the Zagros mountains, and he responds to the Kurdish, Lur, Bakhtiari, and Fars province rugs made with such wool.

Heather Ecker
Heather is an independent scholar, writer and curator. She is the founder of Viridian Projects, an art consulting company in Boston. Previously, she worked as the Head of Curatorial Affairs at the Aga Khan Museum, Toronto, as the Curator of Islamic Art and Department Head, The Arts of Asia and the Islamic World at the Detroit Institute of Arts and as Assistant Curator at the Museum of Islamic Art, Qatar. She received her Dphil in Islamic Art and Archaeology from the University of Oxford, and holds undergraduate degrees from Harvard University and the University of London. In 2003-4, she was the guest curator of Caliphs and Kings: The Art and Influence of Islamic Spain. Selections from the Hispanic Society of America at the Arthur M. Sackler Gallery and Freer Gallery of Art.