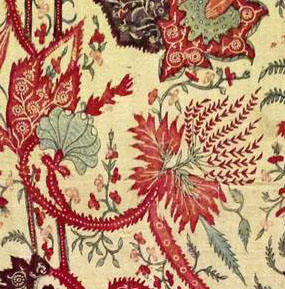 This lecture will share the journey of discovery reading two remarkable chintzes painted on the south coast of India in the early to mid-18th century. These much travelled textiles, and the imagery they incorporate, provides a window on the dynamics of global trade and design.

John Guy, FSA, is the Florence and Herbert Irving Curator of the Arts of South and Southeast Asia at The Metropolitan Museum of Art, New York, and an elected Fellow of the Society of Antiquaries, London.  He was formerly Senior Curator of South Asia at the Victoria and Albert Museum, London, and has served on the Councils of the European Associations of South Asia and Southeast Asian Archaeology and various editorial boards.  He has worked on a number of archaeological excavations, both land and maritime sites, and served as an advisor to UNESCO on historical sites in Southeast Asia.