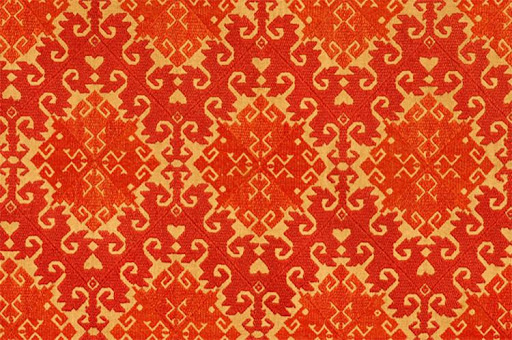 The presentation will focus on comparing and contrasting urban Moroccan and Greek Island embroideries. While both territories were isolated and ruled by the Ottoman Empire, they also had other outside influences. Morocco took inspiration from Hispano-Moresque styles, while Greek Islands were inspired by the Balkans and Italy.

Established by Yosi Barzilai in SoHo in 1989, Sarajo is a destination for those in search of exquisite antique textiles and ethnographica. Culled from the four corners of the earth, the gallery showcases an assortment of over 1,500 one-of-a-kind items. Over the course of nearly three decades, Sarajo has established itself as a treasured source for designers, collectors and museums.

Yosi was born in Israel and moved to New York to attend Pratt Institute. He had a previous career in the diamond industry and then discovered his love for textiles. Sarajo began during his travels in the far east, when he would bring beautiful antiques back to SoHo.