Festivals, Fairs and Rituals: Textiles, Costumes and Carpets of the Eastern Grasslands of Tibet 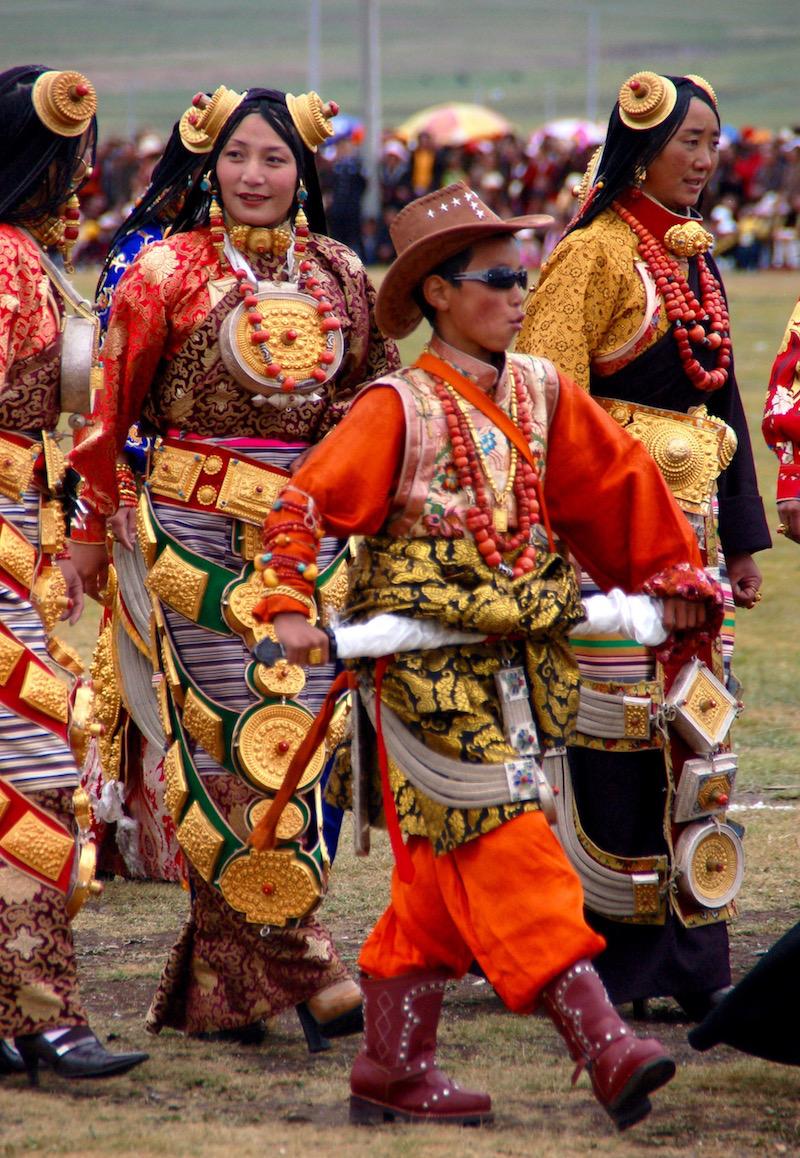 East of the official Tibetan Autonomous Region, Kham and Amdo are remote, isolated, culturally Tibetan provinces within China. Their landscapes consist of snowy peaks and the rolling grasslands of the Tibetan Plateau where nomadic peoples have maintained grazing cultures with sheep and yaks for centuries. The Tibetans love to come together for colorful annual festivals and wild horsemanship competitions. Tibetan Buddhist culture, which exists in large regional monasteries as well as in smaller local ones throughout the grasslands is often mixed with local animistic shamanic practices, also presents opportunities for seasonal celebrations. In 2006, Cheri Hunter traversed the grasslands in a group with 4-wheel drive vehicles, photographing these festivals and rituals, several of which have since disappeared. Her article and photo spread was originally published in HALI magazine (Issue 154.) Although she is not an expert in this area, she will present a photo talk which will emphasize both the local and imported textiles and rugs in use throughout the grasslands, as well as the shaman festivals and horse fairs, where the participants, including the horses, are dressed in their best.

A founding member of TMA/SC (Textile Museum Associates of Southern California,) Program Chairman since 1999 (and Programs Co-Chair from 1992-98,) a two-time past President and current 2018-19 President, Cheri Hunter has organized more than 250 speaker programs for TMA/SC, as well as innumerable multi-city ACOR Overseas Speaker tours. She is a graduate of UCLA in Art and Cinema, and was a career film editor in Hollywood for nearly thirty years. She has been an avid still photographer since her teens, and since then has focused mostly on adventure travel photography while enjoying rug and textile “culture” and textile-oriented world travel. Cheri has written many articles with photospreads for HALI magazine, including on her travels in Morocco, Myanmar, Tibet, Syria, Thailand, Turkey and most recently, Iran. Please note that this program is a cultural travelogue, with an emphasis on textiles, costumes and rugs. Cheri invites HBC members to bring examples of Tibetan rugs and textiles for show & tell.