From the Desert to the City: The Journey of Late Ancient Textiles 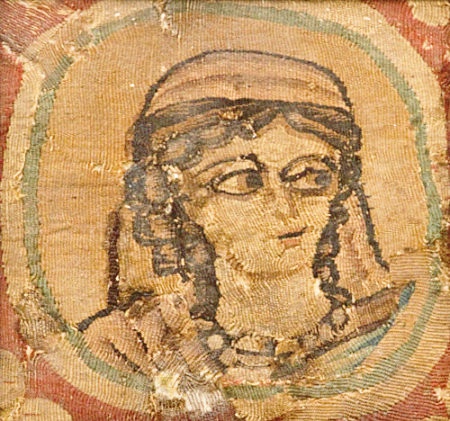 This exhibition places textiles from Late Antique Egypt in multiple contexts—their original use in the 3rd-7th centuries, their rediscovery in the early 20th century, and their reception in the present day—bringing these colorful remnants of the ancient past to life for today’s audiences.
Centering on the recent gift of 85 textile pieces from the Rose Choron Collection, the exhibition features other works from the Museum’s permanent collection together with loans from the Brooklyn Museum, the Metropolitan Opera Archives, and private collections. Works by contemporary artists Caroline Wells Chandler and Gail Rothschild bring the story of the textiles into the 21st century.

A cultural gem on the Queens College campus, the Godwin-Ternbach Museum boasts a wealth of artworks from antiquity to the 20th century. As with a number of past exhibitions at the museum, Queens College’s students are contributing to the research and writing for the exhibition and accompanying catalogue. This was facilitated through an Art History graduate seminar taught in Spring 2018 by Warren Woodfin. The full color catalogue presents essays by Jennifer Ball, Glenn Goldberg, Elizabeth Hoy, Thelma Thomas, and Warren Woodfin, along with contributions from Queens College graduate students in Art History. From the Desert to the City will be on display from September 13 to December 13, 2018.

Warren T. Woodfin, Kallinikeion Assistant Professor of Art History and Byzantine Studies, Queens College, CUNY.
Warren Woodfin’s research focuses on textiles and other insignia of power in the arts of Byzantium and its neighbors, as well as the interactions between material culture and its representations in the pictorial arts. He is the author of The Embodied Icon: Liturgical Vestments and Sacramental Power in Byzantium (Oxford, 2012), and co-editor, with Mateusz Kapustka, of Clothing the Sacred: Medieval Textiles as Form, Fabric, and Metaphor (Gebr. Mann, 2015). He has published journal articles on various topics, including textiles, enamels, mosaics, and monumental painting He is also involved in the ongoing publication of the finds from the 13th century burial of a nomadic leader in southern Ukraine. His previous curatorial experience was as guest curator of the Metropolitan Museum’s 2015 installation “Liturgical Textiles of the Post-Byzantine World.”