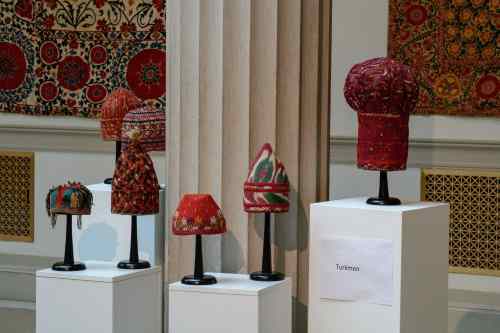 The International Conference On Oriental Carpets XIV, held in Washington DC from June 5 to June 8, 2018, featured an outstanding collectors’ exhibition held at the Corcoran Museum, including an array of woven hats of the Silk Road from the collection of Roger Pratt. For this “show and tell” program Roger will display and discuss examples from the exhibition including; Turkmen Hats; Turkmen Tekke Hats; Central Asian Non-Turkmen Hats; Persian Conical Dervish Hats; Central Asian Longtail Hats; Inscribed Religious Hats; and Ottoman Syrian Aleppo Hats.

Roger Pratt is a textile enthusiast, collector, and traveler. He serves on the Board of Trustees of the George Washington University Museum and The Textile Museum and is a past President of The Hajji Baba Club. Roger and his wife Claire reside in Washington D.C.