Hidden in Plain Sight : A System of Markings in Oriental Rugs 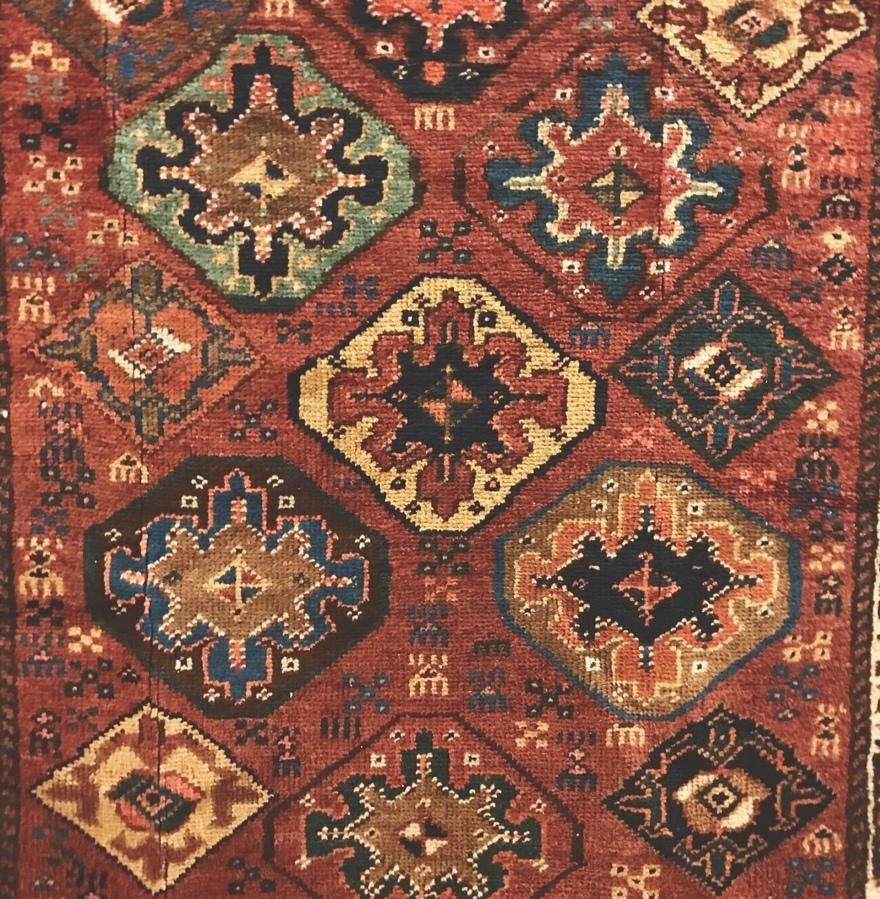 Many traditional weavings, from a vast geographical expanse, exhibit what appear to be improvisations, variations, or indeed mistakes. At times, these variations can be quite dramatic, somewhat incompatible with the deliberate process of weaving, which raises the possibility of intention.

By considering this alternative, it is possible to reinterpret a substantial portion of these apparent improvisations as part of a long cultural tradition. As such, it is proposed that these variations to be recognized as “Markings” to suggest intentionality and meaning.

In this first chapter of our investigation, we concentrate mostly on the lower part of the rug, though not exclusively. For this lower part, a characterization will be suggested, which will help in developing a general framework within which the aforementioned Markings may be understood. However, we will mostly let the weavings speak for themselves!

No prior knowledge or familiarity with rug lingo is assumed. Only an open mind is what is hoped for to communicate this proposition.

Shiv Sikri’s professional training is in Mathematics. He has lectured at a variety of colleges in the NYC area but his primary affiliation for over 20 years has been with the City University of New York. As a disciple of Robert Kaplan, Shiv takes the opportunity when it appears, to teach engage children of all ages in a Math Circle setting, be it in some coffee shop on the upper east side of Manhattan or a novel school in rural Tamilnadu.

Simultaneous to this training in Mathematics, Shiv also worked in the antique oriental rug trade. As a mathematician, Shiv specializes in Number Theory of the Algebraic kind. As a rug enthusiast, Shiv collects over a wide range of weavings, but quirky, old Baluchis are closest to his heart.