Lawrence Kearney on the greatest hits of Skinners 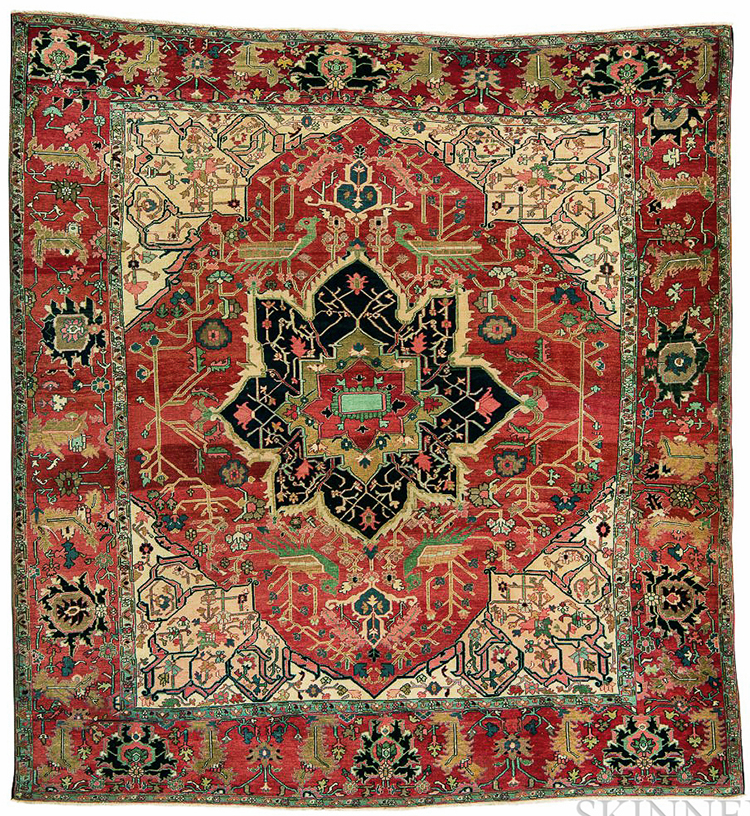 This talk will offer an overview of some of the more interesting rugs and textiles Lawrence Kearney has had the good fortune of handling in his eight years at Skinner Auction Gallery.  After showing slides of some beautiful rugs, flatweaves and textiles from Anatolia, Northwest Persia, the Caucasus, Persian urban workshops, Central Asia and Western China, he will finish up with a few thoughts on the Auction Ecosystem, and its importance in the building of, and dispersal of, our collections.

Lawrence Kearney was born in Oxford, England and raised on the shores of Lake Erie in Buffalo.  After earning a BA in Sociology from SUNY Buffalo and an MFA in Poetry from the University of Arizona, Kearney became a full-time Ruggie in 1976.

Along with teaching Literature and English Composition in the 1970s, since 2003 he has been an adjunct instructor on Oriental Rugs at the Rhode Island School of Design.  Kearney was a Features Editor for The Oriental Rug Review from 1983 until 1987 where he interviewed various rug luminaries, wrote auction reviews and an occasional column called “Advice for the Rug-Lorn.”

For the last eight years, Kearney was the Head of the Carpet Department at Skinners Boston.  Before his tenure at Skinner, he was an active dealer in the Boston area.

He has held Fellowships in Poetry from The Guggenheim Foundation, The National Endowment for the Arts, the State of Massachusetts, the State of New York and the Fine Arts Work Center in Provincetown, MA.