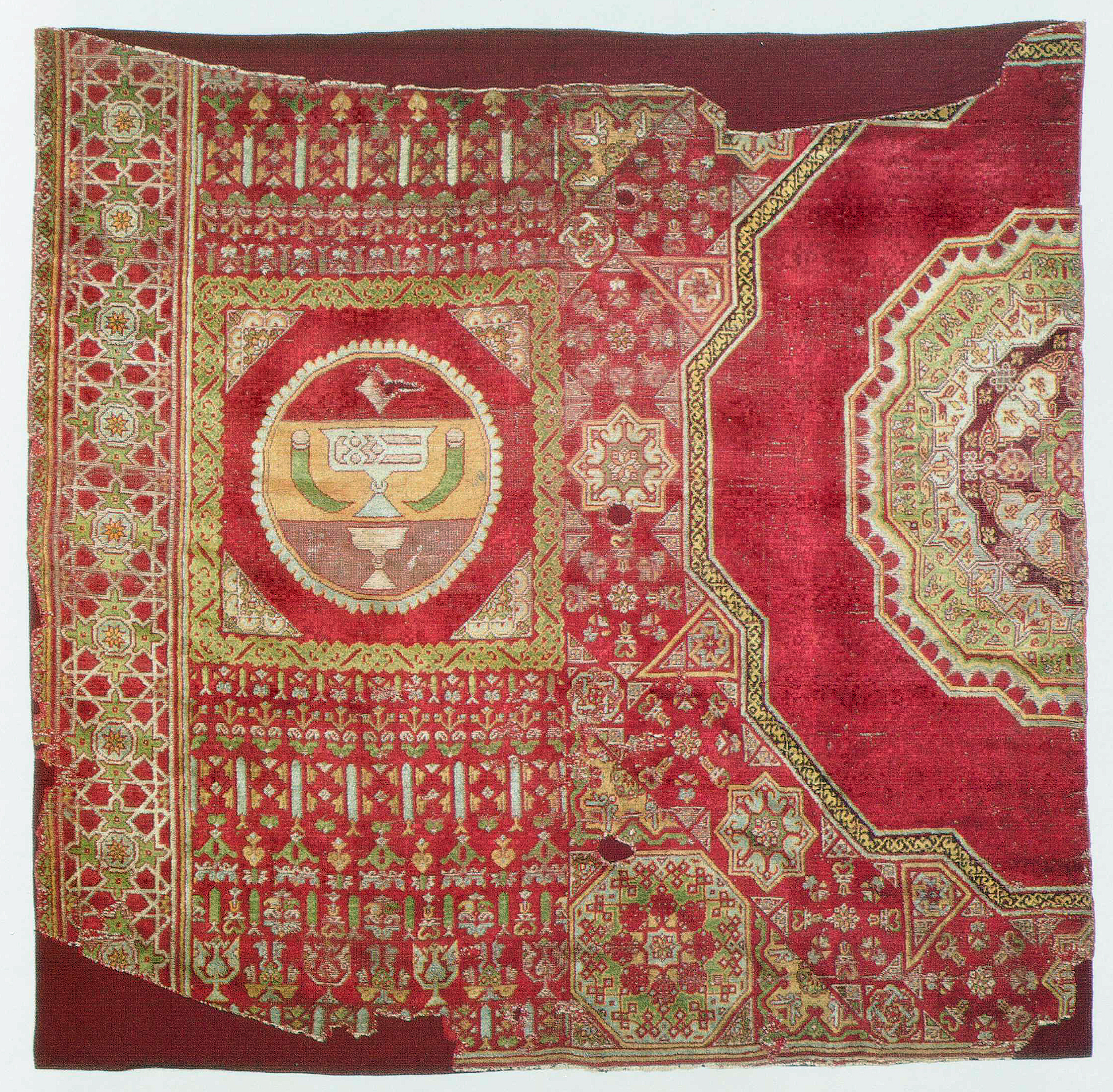 During the 1480s, carpets more magnificent than any seen before suddenly appeared in three of the most elite spaces in the multicultural Mediterranean: the Alhambra or Generalife, the Vatican Palace, and the Haram al-Sharif in Jerusalem.  The origin of these carpets has long remained mysterious and controversial.  Evidence now indicates that the Mamluk sultan Qaitbay established a new industry in Cairo which was deliberately planned to be the world leader. Other mysteries remain.

This lecture shows how well the plan succeeded by focusing on carpets surviving from Qaitbay’s time: that still in Granada, and one from Florence which corresponds with five described in a Vatican inventory. Where and how these carpets, and those once in Jerusalem, were used, and how they were acquired will also be discussed.

Rosamond E. Mack is an independent scholar residing in Washington, D.C. After receiving a Ph.D. in Italian Renaissance Art from Harvard University, she spent fifteen years in the Arab world with her diplomat husband. Now focused on artistic contacts between Renaissance Italy and the Islamic world, she is best known for her book Bazaar to Piazza: Islamic Trade and Italian Art, 1300 – 1600 (2002). She continues to research, write, and lecture internationally, and for the National Gallery of Art in Washington.