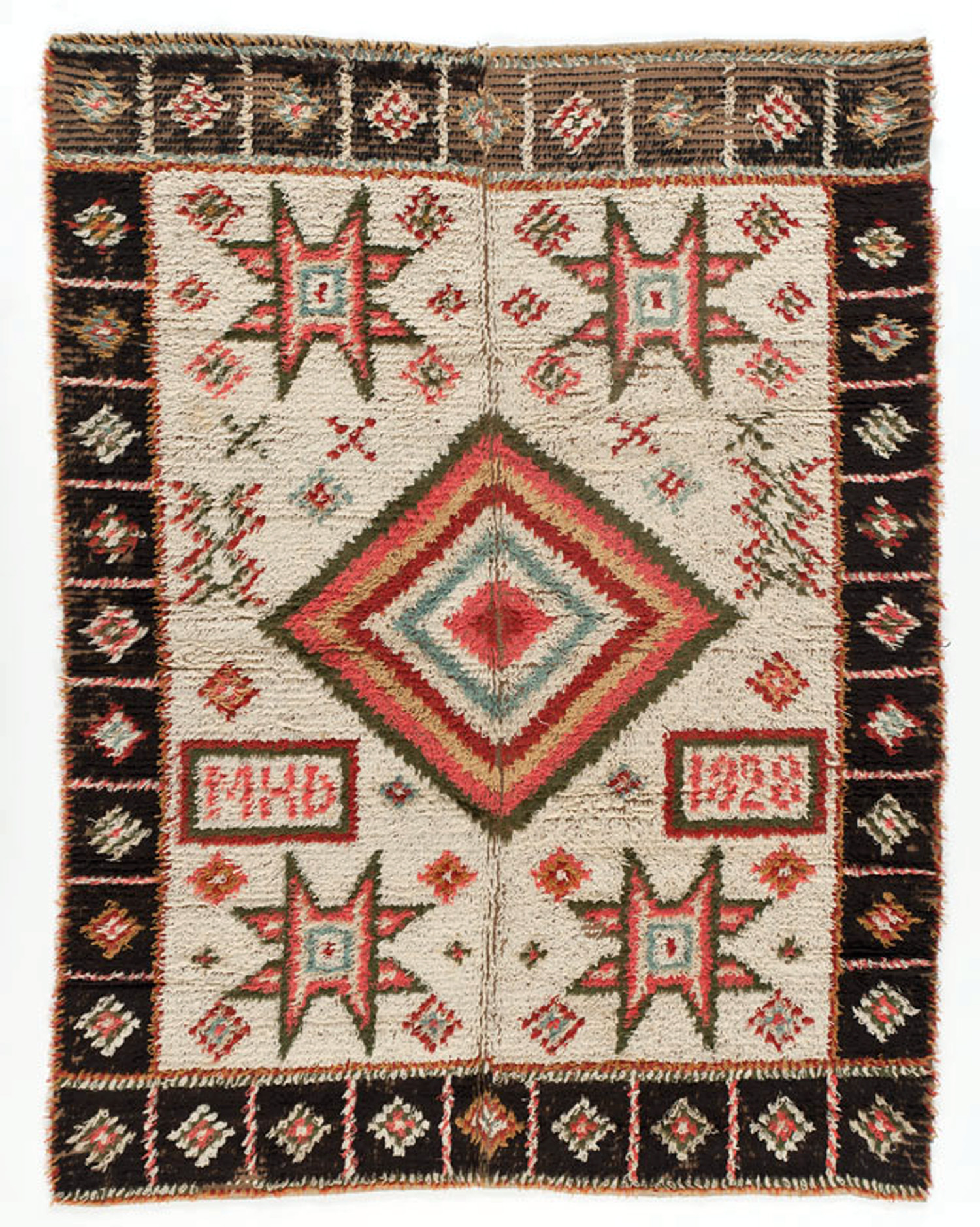 On September 14, Wendel Swan will speak to us via Zoom on the topic of Swedish Folk Weavings for Oriental Rug Lovers. Members who are not familiar with Swedish textiles are likely to be surprised at how appealing they can be and how most differ from our normal expectations of European textiles.

After explaining how and why he became interested in them, Wendel will present several important types of Swedish folk weavings produced roughly between 1750 and 1850, some of which are now designated as national treasures in Sweden. He will place these folk weavings in their historical and cultural contexts in the rural Swedish homes of the period, while also illustrating various historical textiles made or found in Sweden back to the 12th Century.

Wendel will also compare and contrast Swedish textiles with some of their Near Eastern counterparts in design and structure and, to a lesser extent, function. Although they are part of a textile continuum that began in Mesopotamia and eventually extended eastward to Mongolia and west to Spain and Scandinavia, Wendel believes that you will find that Swedish folk weavings distinctive, diverse, interesting and handsome. Members are invited to provide images of any kind of Scandinavian textiles prior to the program for a virtual show and tell. Given their rarity, few members may own any, so any kind of Northern European cushion or cover would be welcome.

Wendel Swan has been an active collector since 1968, perhaps best known for his Shahsavan collection. He is a member of the Board of Trustees at The Textile Museum at GW (and the co-chair of its Exhibitions and Programs Committee), the Chair of the Executive Committee of the International Conference on Oriental Carpets, the chair of the 2003, 2015 and 2018 ICOC conferences in Washington, a past president of the two Washington DC rug societies, and a frequent lecturer at rug societies, rug conferences and at the Textile Museum. At the ICOC in Stockholm in 2011 he was a speaker in the session on Swedish Folk Weavings and Textiles.