The 1933 Exhibition of “Old Spanish Rugs” in Madrid: Carpets, Collectors, and Dealers 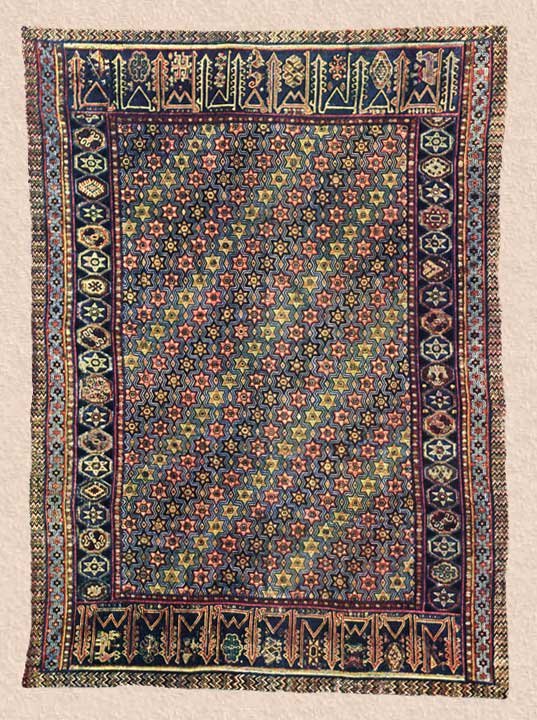 In the spring of 1933, the aristocratic Sociedad Española de Amigos del Arte mounted its annual exhibition in Madrid on the still little studied subject of Spanish carpets. The corresponding catalogue represents the first major publication in the field, and the only extant record of many of the rugs. The ninety-two examples on view spanned productions from the 15th-19th centuries, originating in contexts as varied as the late medieval Morisco communities of Albacete and the 18th-century court-sponsored workshops of Madrid.

The private lenders to the exhibition, while all resident in Spain, were not all Spanish, and many of the rugs left with their owners soon after, disappearing in the turmoil of World War II. The lenders represented a variety of collecting profiles—aristocratic, high bourgeois and “gentleman” art dealer—though most were not hereditary owners. The formation of their collections was due to two major factors: the desamortización or expropriation and sale of Spanish ecclesiastical holdings starting in 1835—thus the creation of a market for such goods—and the rise of a class of antiquarian dealers who profited from such exchanges, in many cases promoted by provincial churches and members of local monuments commissions. Indeed, the organizers of the exhibition noted that by 1933, many of the best examples of Spanish rugs had already left the country. Perhaps ironically, for the Restorationist members of the Sociedad Española de Amigos del Arte, the exhibition of “old rugs” represented a certain vindication of traditional, Spanish aesthetic values against the backdrop of the modernizing and anti-clerical Second Republic.

Among the exhibition lenders were such colorful figures as the German Ambassador Johannes von Welczek, the naturalized Spanish art dealer José Weissberger, the American Arthur Byne, recently denounced as the “despoiler of Spain,” and the Andalucían Beatriz Lafora, mother of the “Broadway bandit”. This lecture will explore the 1933 exhibition and its context: the prevailing conditions of collecting, the organizers, the lenders, the rugs and their fate or present whereabouts.

Heather Ecker (New York, 1964) is an independent scholar and curator and founder of Viridian Projects, LLC, a Boston-based art consulting company. She served as Head of Curatorial Affairs at the Aga Khan Museum from 2011-2013. Previously, she was Curator of Islamic Art and Department Head, The Arts of Asia and the Islamic World, at the Detroit Institute of Arts, where she opened the Gallery of Islamic Art and the Gallery of Ancient Middle Eastern Art in 2010. Before then, she served as an Assistant Curator at the Museum of Islamic Art, Qatar. She was the guest curator of Caliphs and Kings: The Art and Influence of Islamic Spain, selections from the Hispanic Society of America at the Arthur M. Sackler Gallery and Freer Gallery of Art (2003-04). She received her Dphil (PhD) in Islamic Art and Archaeology at the University of Oxford (2000), and holds undergraduate degrees from Harvard University and the University of London.