Tibetan Golden Triangle: An in Depth Look at a Group of Rugs in a Collection in Boston 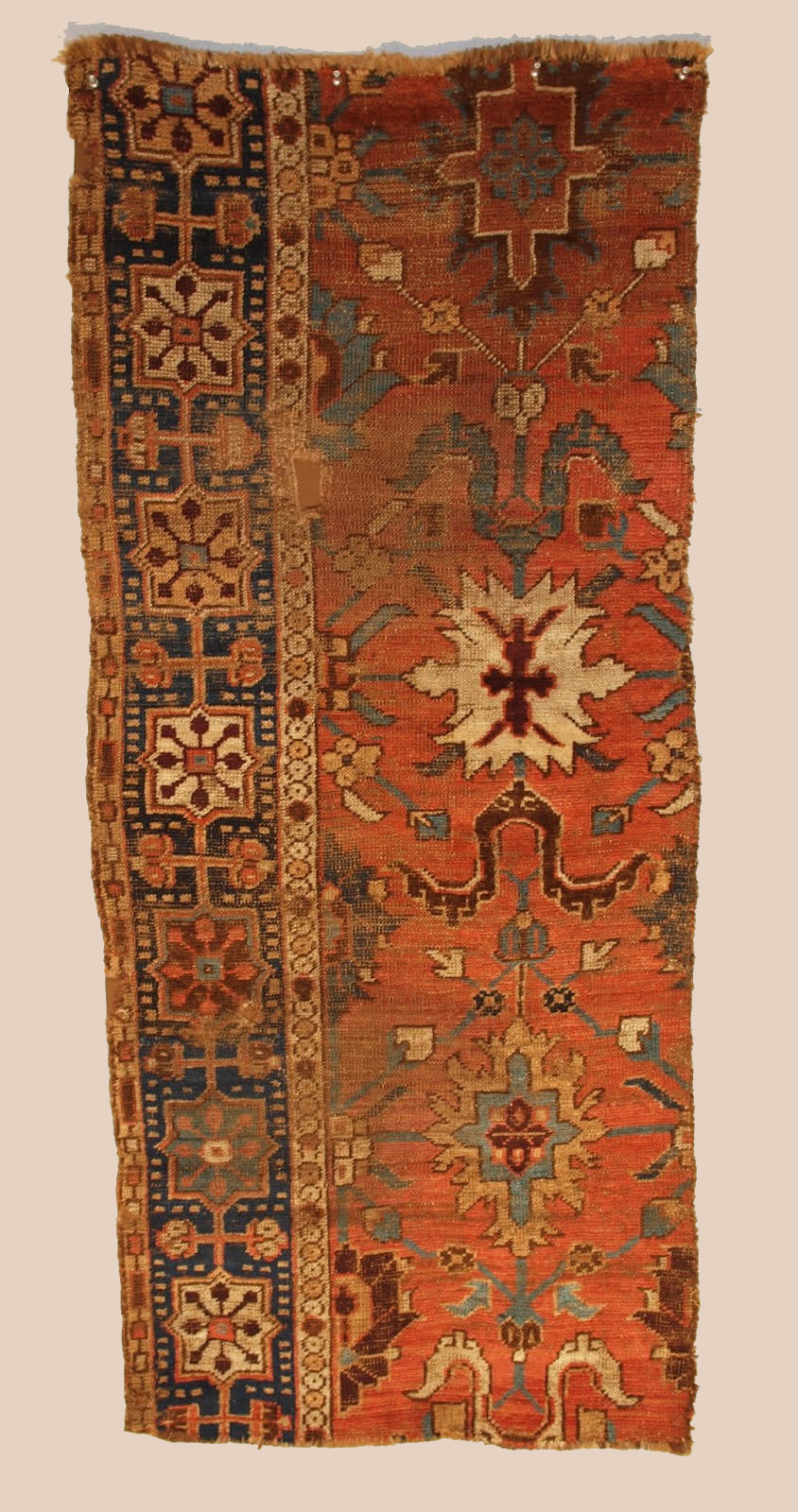 While hunting in Tibet in the early 90’s, looking for the next Seljuk Animal Carpet, Alberto Levi stumbled across an entirely different kind of animal. What seemed to be a casual encounter flourished in time as a distinct group of carpets, which he labelled ’Tibetan Golden Triangle’. Far from being Tibetan and having nothing to do with the Bermuda Triangle, this elusive family of mostly fragmentary rugs appear as deriving from a triangular region defined at its extremes by eastern Anatolia, the southern Caucasus and northwest Persia. How and why did these rugs end up in Tibet is another story.

Born and raised in Milan, after graduating from the International School of Milan I moved to New York where, in 1984, I earned a Bachelor of Science degree in Chemistry from NYU. Returning to Milan, I worked in the chemical industry and taught high school science until I realized that this wasn’t what I could see myself doing for the rest of my life.

Following a family tradition that dates back to the nineteenth century, I began by working with my father, Solomon Levi, a leading figure of the antique carpet trade as well as my greatest mentor and best friend. This unforgettable experience offered me the unique opportunity to learn everything there was to learn about the art of the Oriental carpet and enabled me to travel around the world, hunting for the best examples I could find. Being the eternal student, I devoured all of the available carpet literature and visited as many museums as I could. I started publishing papers, lectured at various conferences and became a regular contributing editor of Hali, the leading publication in the world of antique carpets and textiles. I was also elected President of the Organizing Committee of the 9th I.C.O.C. (International Conference on Oriental Carpets), which memorably took place in Milan and Florence.

After just over a decade I felt ready to create my own space and, encouraged also by my late father, in 1997 I opened the Alberto Levi Gallery. The initial focus was of course that of antique carpets and textiles, documenting my most significant recent acquisitions with yearly exhibitions and publications entitled ‘Antique Textile Art’. By the beginning of the new Millenium however, contemporary rugs had meanwhile transformed completely from what they once were. Fascinated by the plethora of patterns, palettes and textures one could create with rugs I soon ventured into promoting the most talented contemporary rug designers worldwide. Since then I have greatly expanded my roster of artists and incorporated many different collections, some of which are inspired by the original antiques from the gallery’s holdings.