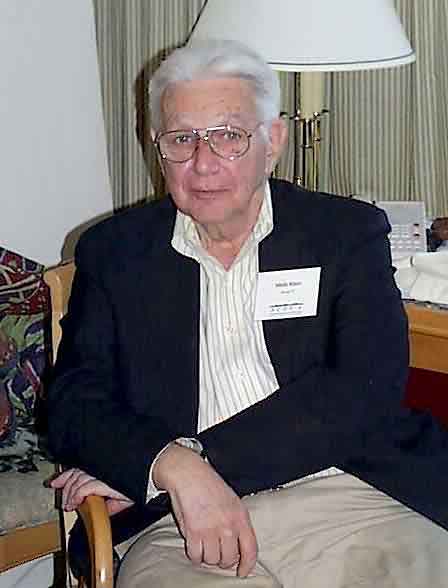 Wells Campbell Klein grew up in the New York suburbs and served in the US Navy in the Pacific. After college on the GI Bill at Sarah Lawrence, he worked for some twenty years at CARE, a private refugee rehabilitation organization, before becoming director of A.C.N.S., another refugee resettlement org, which he built from a small group to a major institution. In rescuing refugees, he dodged bullets in both Viet Nam and later Kosovo.

Wells used to spend many winter ski weekends in Stowe, Vermont, where about twenty years ago he began building himself a house, which had a mountain view and cherry floors and woodwork. Once the house was finished, he had to find rugs for the floors, and once he had filled every space, he kept buying. He began with a few Caucasians and a couple of Persian mats, and found he liked best the bright colors and contrasts of Caucasian rugs. Wells was not one to hold onto a rug. He was constantly trading up; getting rid of pieces he had just recently bought. This suggests to me one possible reason he never married.

Wells was a great socializer. In addition to his weekly poker game, he often asked ruggies over to his apartment near the U.N. to show off his latest find, and to see what others had found. DeWitt Mallary, Richard Newman, Ben Liberty, I, and a picker or two made up the group. Marc Feldman later joined, showing off his eight white-ground Shirvan prayer rugs. The group was quite competitive. DeWitt and I were often derided by Wells for bringing our gloomy-colored Baluches, while we chided him for his crude color sensitivity. Wells was also quite generous in having various friends up to Stowe for the weekend.

Eventually Wells did become more color and detail sensitive, and about the time he retired and moved to Stowe permanently, he gained a new interest in Turkoman rugs and soon the Caucasians were all gone, traded for Turkomans. Wells liked nothing better than talking rugs over a glass of scotch and a cigarette. He had won a battle with prostate cancer in the early 1990s, and was in fairly good health until a month ago, when the cigarettes finally made their claim. He died April 5th, 2001, of lung cancer.