In addition to the well-known Salor design, which consists of an octagon with projecting “turrets,” the Salor also used a quartered motif commonly used in numerous variations by all the tribes. The origin of this distinctive pattern is now unknown, but may derive from the floral pattern of a costly silk textile. In Turkmen woven art, the merit of a piece lies in its qualities of proportion and the use of space. This example can be described as a classic. 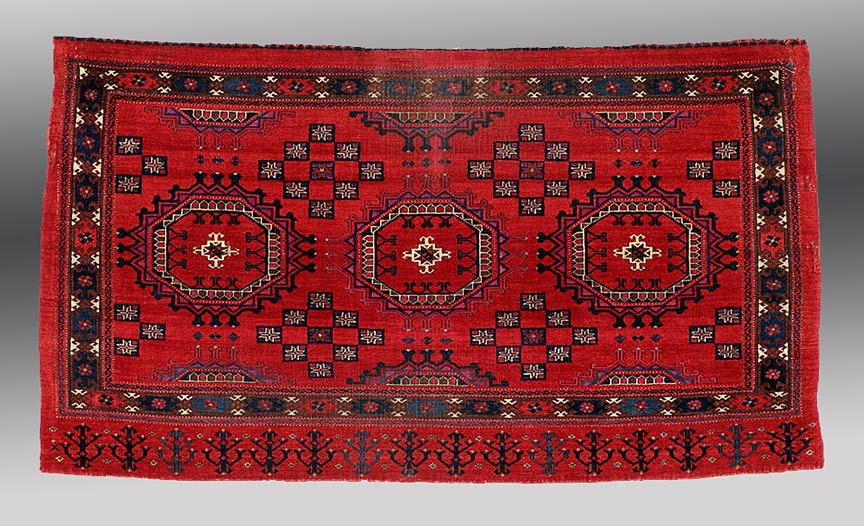