The Bakhtiari tribe is subdivided into several clans; while they consider themselves to be Lurs, they are quite distinct from the Lurs of Luristan. Their arduous biannual migrations can be up to 175 miles long and involve crossing a mountain pass and sometimes a river. The harsh terrain is unsuitable for camels, the pack animal generally preferred by other nomads. The Bakhtiari have a special type of double-bag (khorjin) that makes use of three different weaving techniques: knotted-pile, soumak (weft-wrapping), and weft-faced plain weave. This example has a particularly attractive set of slits and loops around the opening that are used to fasten the bag closed. 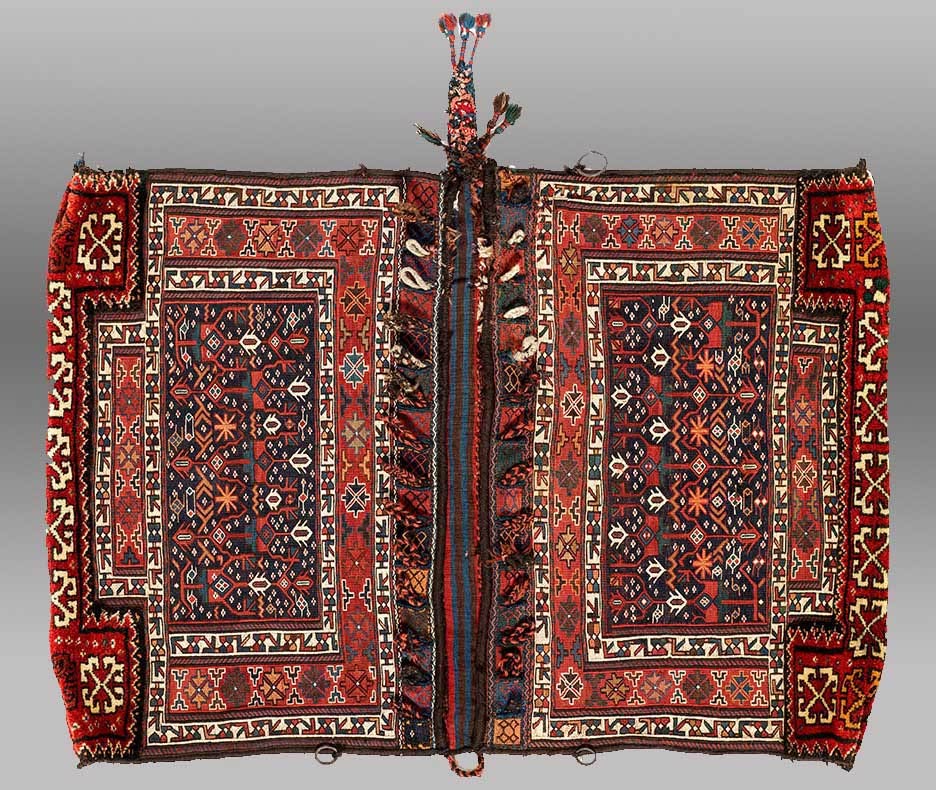 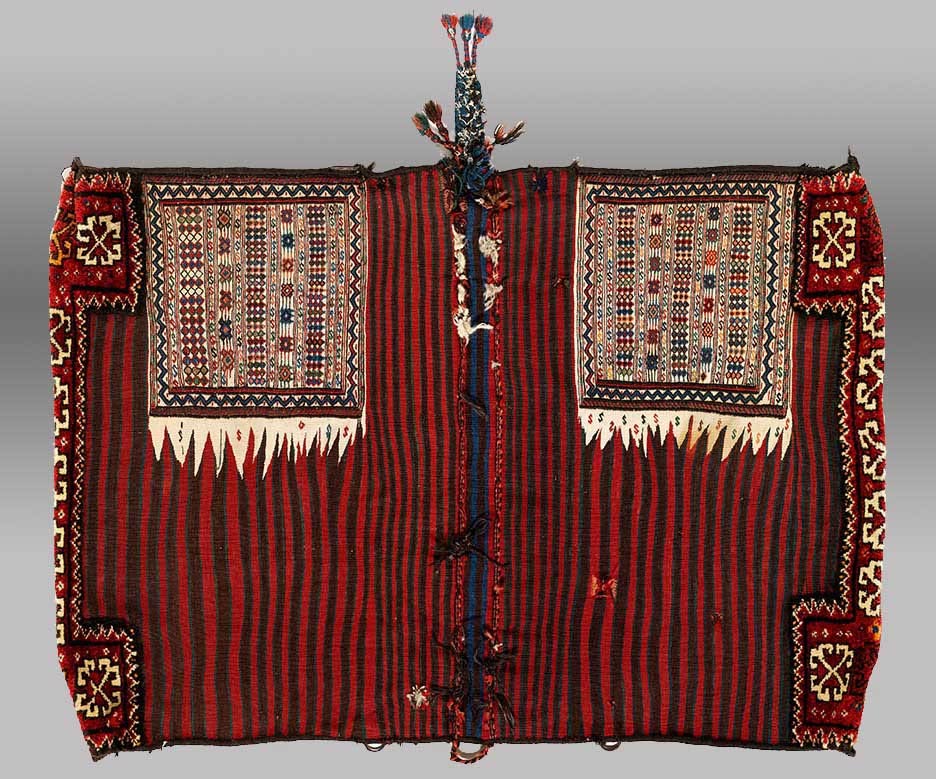