This embroidery comes from a remote region in Tajikistan. Its original use was as a veil worn by a bride on her wedding day. According to the custom, as in many Near Eastern societies, the bride remained concealed during the celebrations. After the wedding, the veil was put away in an heirloom chest, which probably accounts for this example’s excellent state of preservation. Such objects have only appeared on the market since 1989, following the collapse of Communist Russian hegemony in the region. Previously the only known examples were in Russian museums, given by expeditions traveling to the region. 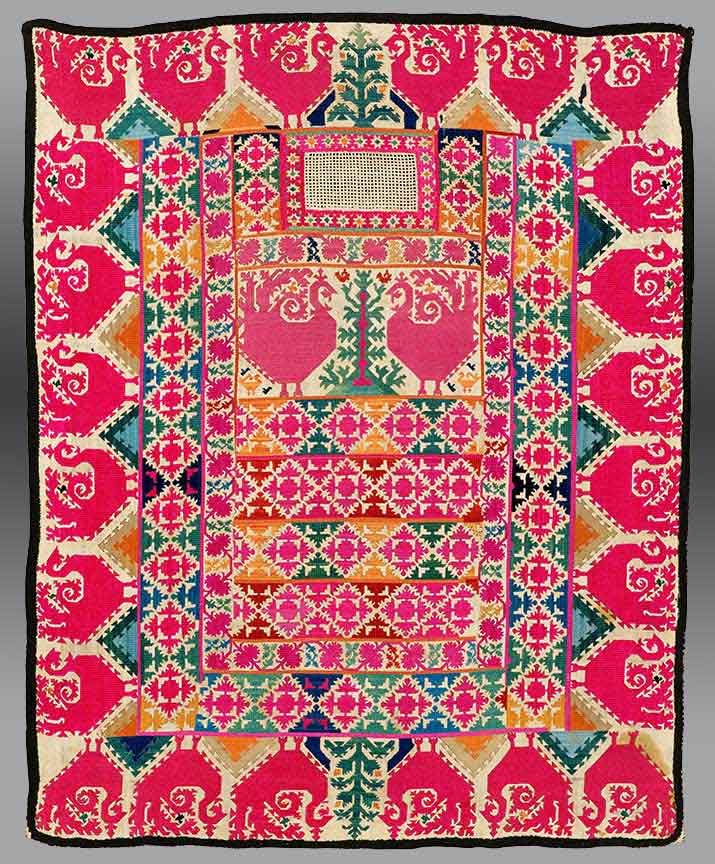