Such ceremonial garments are in fairly widespread use among the nomads of the northern Eurasian Steppe. Among the Karakalpak, it is worn in two main forms. Young women wear the kyzyl kimeshek (red kimeshek), which is carefully embroidered in silk on a felted woolen foundation cloth. The less elaborate white-ground version (ak kimeshek), is embroidered on hand-woven cotton cloth, and is worn by older women. The kimeshek frames the face and falls over the shoulders like a cape. It is worn together with a red cloth wound over it and around the head like a turban. 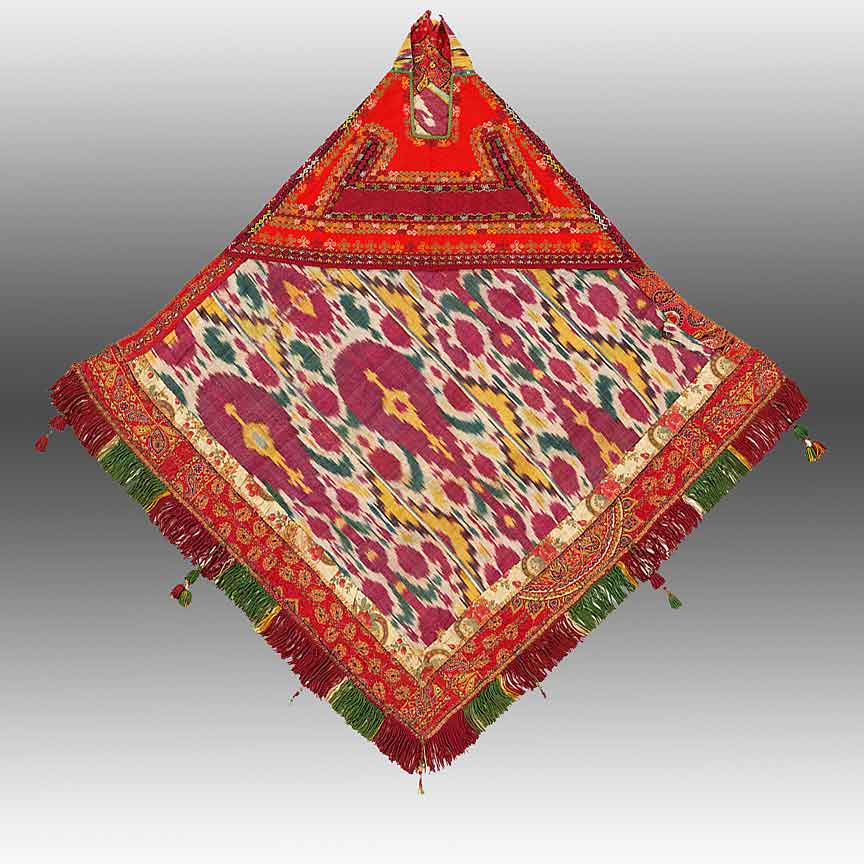 Below – A Karakalpak woman wearing the kyzyl kimeshek. Khodzheyli, Uzbekistan, 1989 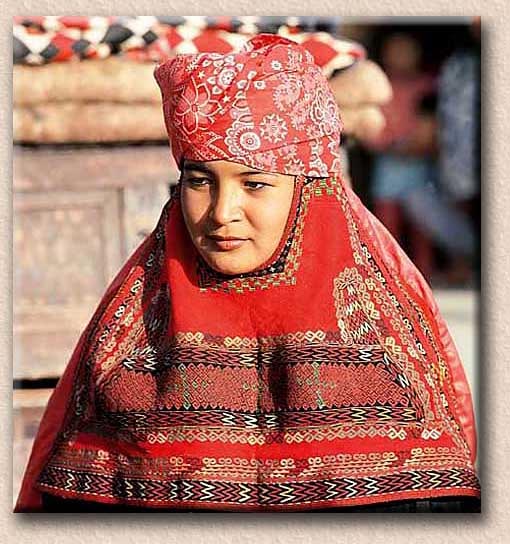