The general form of this short woolen garment dates to antiquity, and is best described as an aba, a kind of outer coat widely used in the Islamic world of the Eastern Mediterranean. It is often sleeveless with simple openings for the arms. In the late Ottoman period, garments of this type, with vertical stripes in blue, black, or brown, were worn by both men and women in Syria, Lebanon, Palestine, and Egypt. Differences in the quality of material and the richness of the decoration were indicators of the wealth and social status of the wearer. The multi-colored, decorative areas visible at both the back and the front of this example denote a richer garment made for use on special occasions. 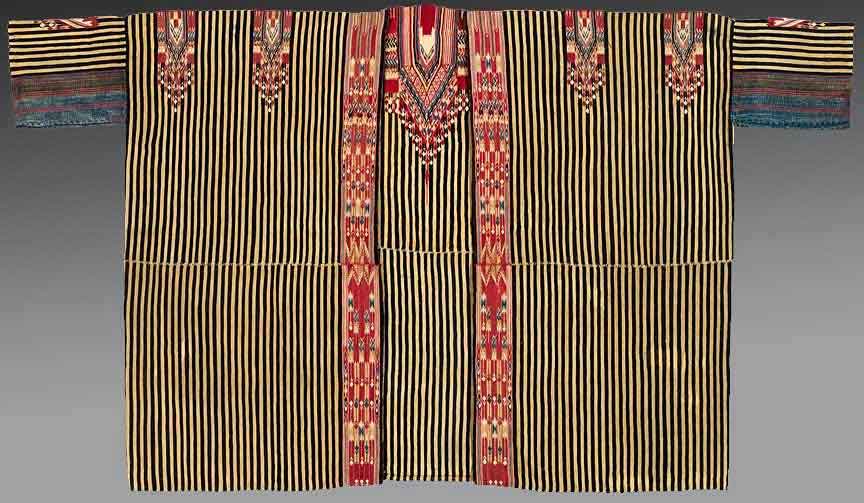 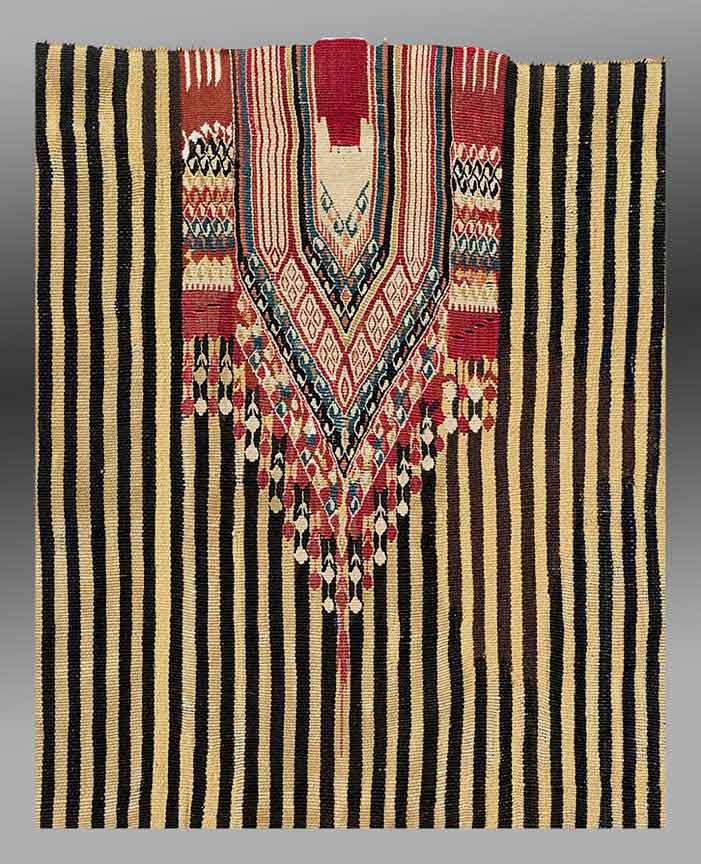