The name used for these kinds of patterned felts (arbabash), meaning “cart head” (or cover), may be a distant memory of the past when the ancestors of the people who make them today were nomads, who used two-wheeled carts with a wood-frame superstructure covered in felt. Today, such felts are used as both wall hangings and floor coverings in the home. The technique of making this kind of felt is similar to that of the Kyrgyz felt in this section, with the addition of a white piping sewn over the joins to emphasize the design. 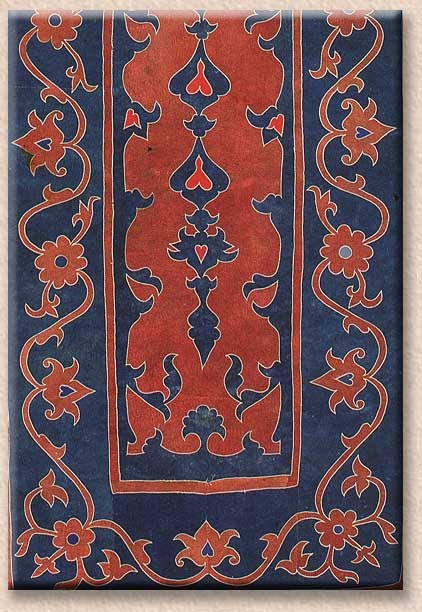