Because felt is not woven, it is considered a fabric, and not a textile. In essence, felt is a layer of wool fibers that have been moistened with water, sometimes with the addition of soap, and then compacted through repeated compression. Felt is commonly made by “rolling”—with the bare forearms or feet, with the aid of a rope, or by wrapping a bundle of the cloth around a pole and dragging it behind a horse, a method preferred in Mongolia, western China, and elsewhere. Heating aids the felting process. 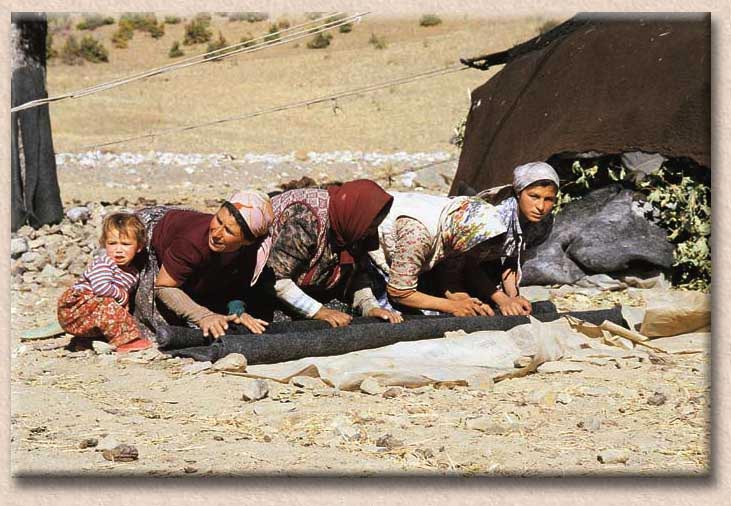 The use and popularity of felt is, no doubt, due in part to the “low-tech” method of its production as well as its flexibility as a material. It can be made into shaped and fairly rigid utilitarian forms, such as hats and boots, or into flat sheets used, for example, as coverings for nomadic tents. Pattern and color can be introduced either during the rolling stage or by sewing together shapes cut from sheets of different color.