The ancient craft of knotted-pile carpet weaving is at least 2,400 years old and could be much older. Early theories of the history of carpet weaving state that carpets were first produced by nomadic peoples of the northern Central Asian plains in imitation of animal pelts, but recent investigation suggests that weaving is essentially a sedentary craft and that the first pile carpets were produced in Iran or Central Asia, where weaving continues to this day. Many scholars consider carpet production under the Safavid dynasty of Iran (1501–1722) to be the pinnacle of this art form. (Examples of Safavid-period carpet weaving can be seen in the “Textiles and Carpets for High Society” section of this exhibition.) 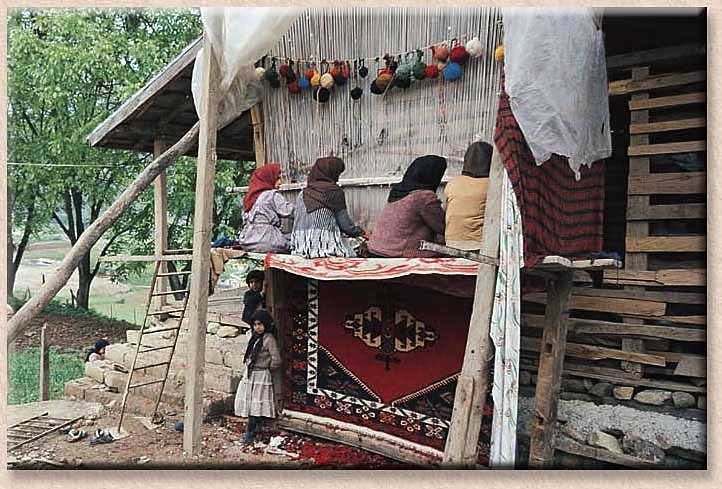 Traditionally, carpet production was thought to have all but ceased in Iran with the economic and social turmoil brought about by the fall of the Safavids in 1722, a decline which lasted until the so-called “revival” in the last quarter of the 19th century. This section demon-strates that, on the contrary, village and commercial weaving continued uninterrupted up to the “revival” period.