Such weavings are quite rare, and their function is unknown. Possibly used as cushion covers, they more likely served some other specific use. Furthermore, it is unclear whether settled or nomadic peoples produced such weavings. The combination of a crimson-red dye (probably cochineal) and light blue-green (indigo-sulphonic acid) is most commonly found in weavings from eastern Anatolia produced by Kurdish-speaking peoples during the second half of the nineteenth century. 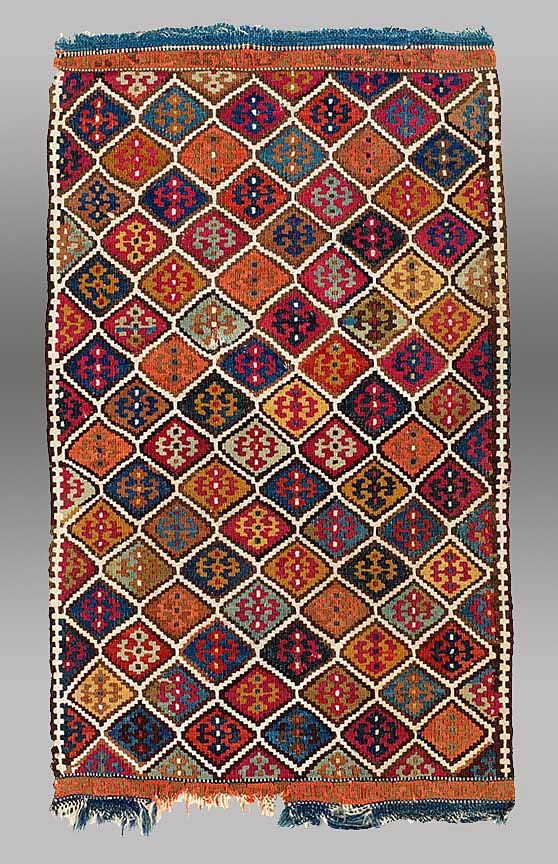 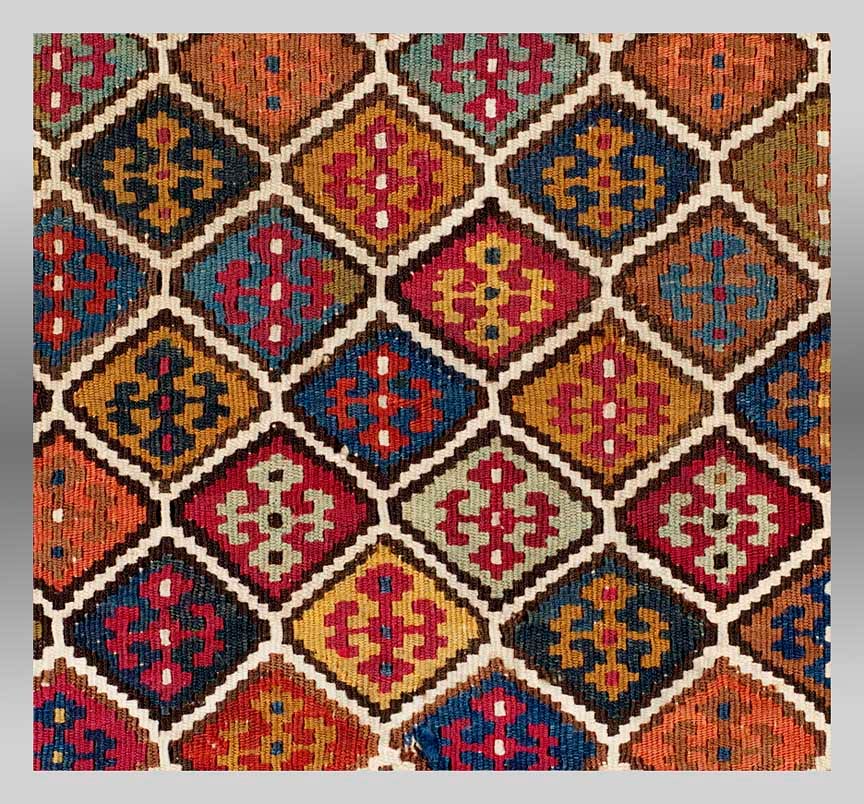