The uniqueness of this rug renders it difficult to identify its country of origin. A clue may lie in the swastika-fret motif, which has strong associations with China. Since the coloring is distinctly un-Chinese, the possibility an origin in the far western province of Xinjiang emerges. However, the swastika-fret also appears, for example, as a border design in weavings of the Bakhtiari in Iran. Although the format is that of a communal prayer rug, the impossibly small size of the niches suggest that wherever it was made, it was never intended for that purpose; more likely it was made to be hung as a wall decoration. 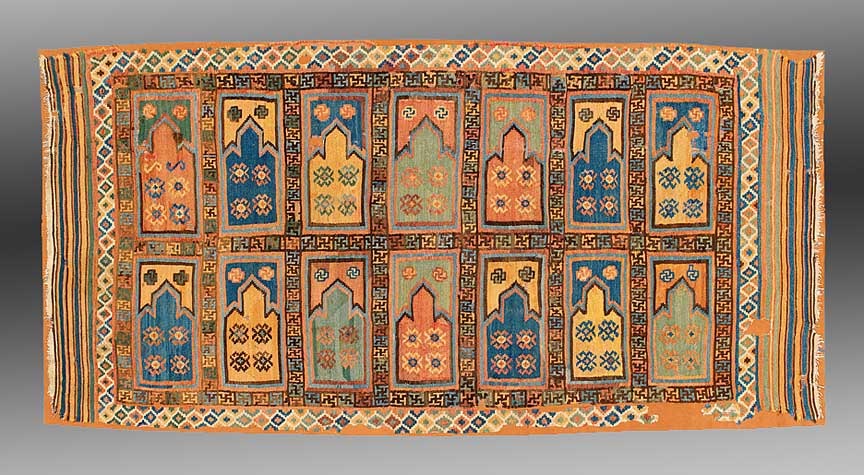 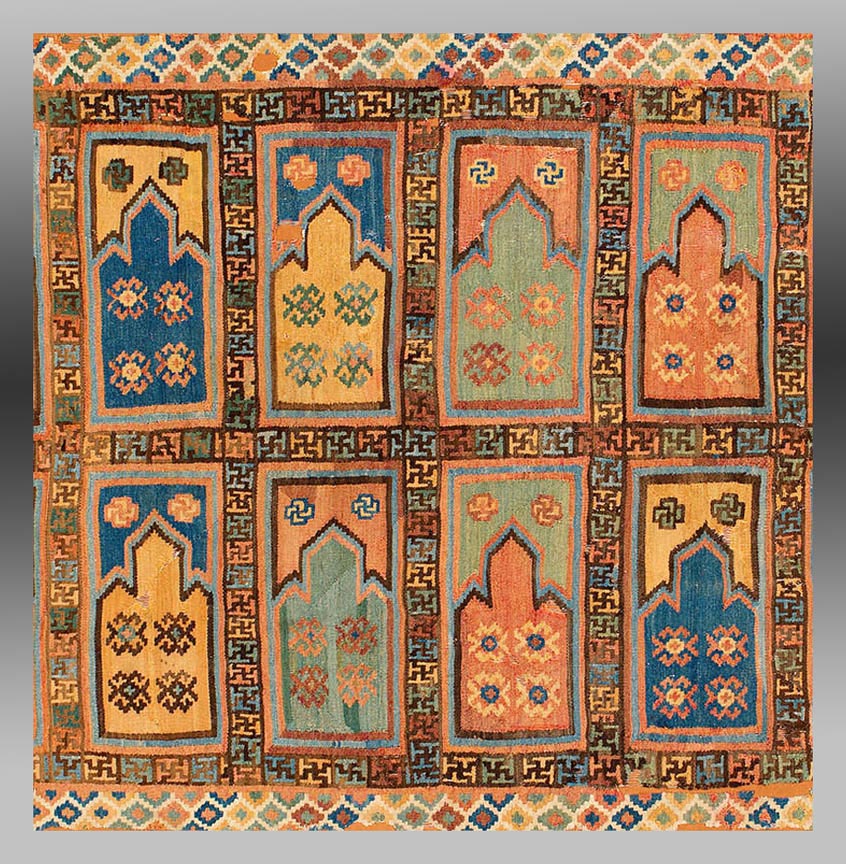