Since the beginning of recorded history, Central Asia has absorbed numerous waves of nomadic peoples who mingled with and settled among the existing population, gradually assimilating their culture in the process. Although the history of the nomads and former nomads of Central Asia is difficult to track, their weavings often retain centuries-old ornaments and preserve traces of ancient cultural practices. Scholars and collectors have only recently become interested in studying and collecting the surviving examples of their carpets and textiles (other than those woven by the Turkmen), most of which date from the nineteenth and early twentieth centuries. A fairly large body of material remains, about which relatively little is known. 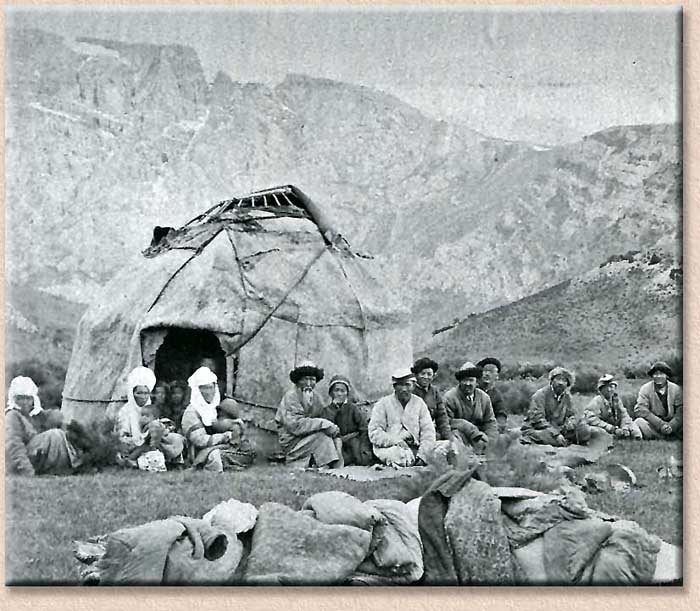