Silk curtains decorated with horizontal panels of abstract designs remained popular in North Africa and Spain well into the nineteenth century. Indeed, silk sashes have been produced up to recent times in Fez, Morocco with related motifs. The continuity of production makes the dating of this curtain difficult. Examples in the Topkapi Palace in Istanbul are described in a 1680 inventory as “Tunis curtains,” which could be where this example was made, although changes in the quality of execution of the design argue for a considerably later date. 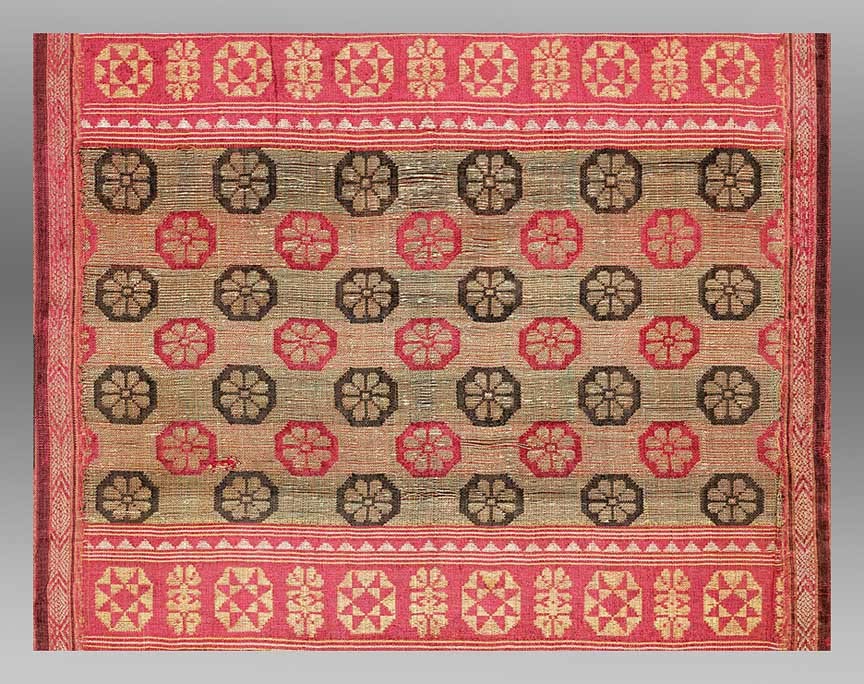