There is general agreement that the design of this rug has all the elements of a style that was developed at the Ottoman court. It originated in the arts of the book and subsequently became more widely fashionable as it spread to other media during the closing years of the reign of Suleyman the Magnificent in the 1550s. Furthermore, its outstanding quality of workmanship, and the confidence and clarity of its design indicate that it was most likely made for the Ottoman court. It could have been made by carpet weavers directly employed by the court in Istanbul, but carpets with a similar decoration and technical features were being made in Cairo around the same time. Thus it is unclear whether this was made in Cairo or in the Ottoman court workshop. 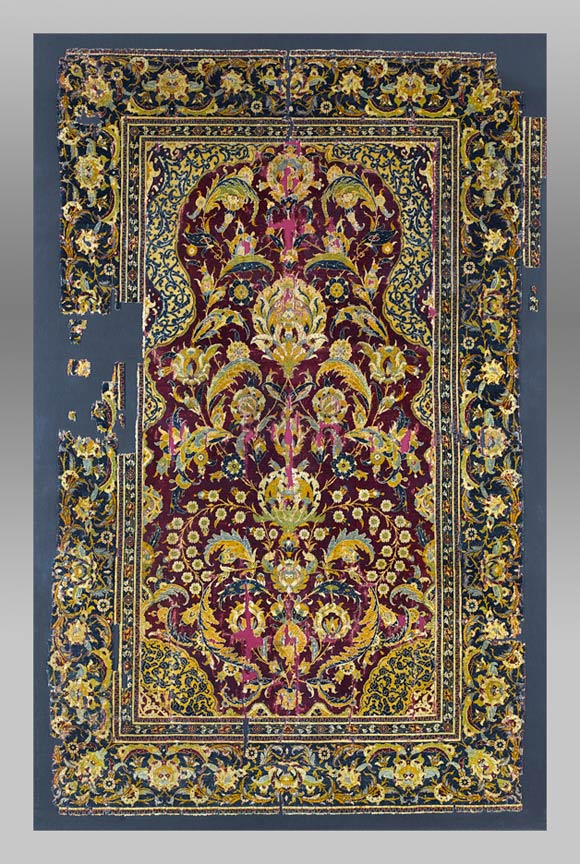