Ottoman Velvet fragment
Turkey, 17th Century
Silk velvet
Babette & Marc Weksler Collection, Paris, France
Silk velvet enriched with precious metal thread was a type of super-luxury textile much in demand in Ottoman high society The most important use for such velvets was for clothing; other uses included saddle-covers and soft furnishings such as cushion-covers and curtains. The pattern shown here, with its highly stylized tulips, bracketed by pairs of hyacinths, is a variant of a style that originated at court during the second half of the sixteenth century, and which continued to flourish in innumerable variations well into the seventeenth century. Modern textile designers frequently make use of the rich vocabulary of patterns developed by textile artists of this time. 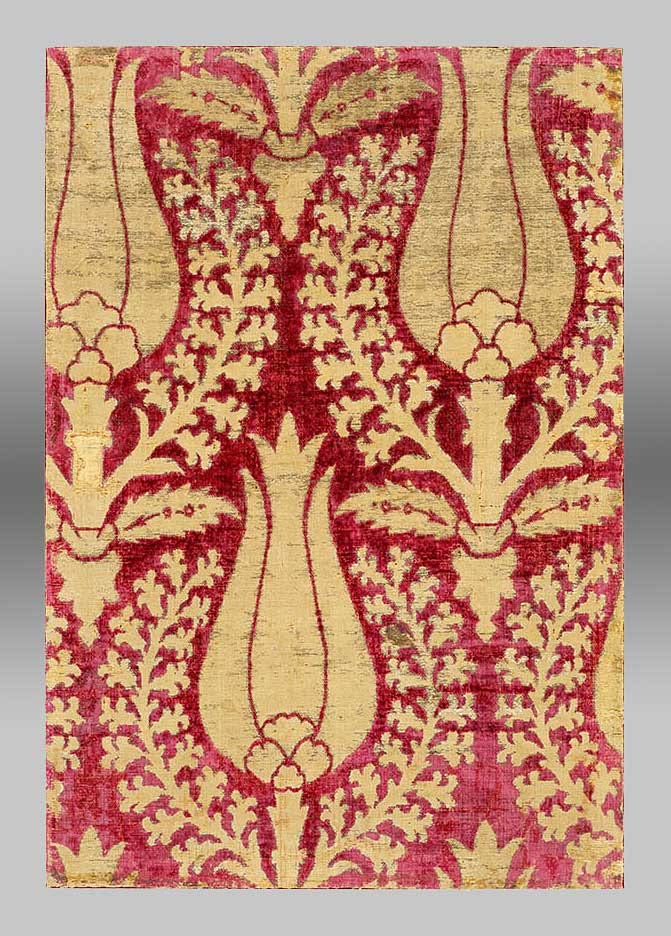