The Shahsevan (“lovers of the Shah”) arose as a confederation of Turkic tribal peoples brought together originally in support of the Safavid Shah. Only later were they organized formally into a tribal confederation. The weavings of the nomadic Shahsevan are highly regarded by both scholars and collectors. Despite recent attempts to attribute individual weavings to specific subgroups of the Shahsevan, much remains to be learned. This exquisite saddlebag is striking from both the front and the back. The main ornament, rendered in a variety of color combinations, is common to several Iranian and Turkic weaving communities of the Near East and Central Asia. Its origin has never been satisfactorily explained, but the ease with which it is memorized has ensured its continued use with little change over a period of at least five centuries.

View of the front 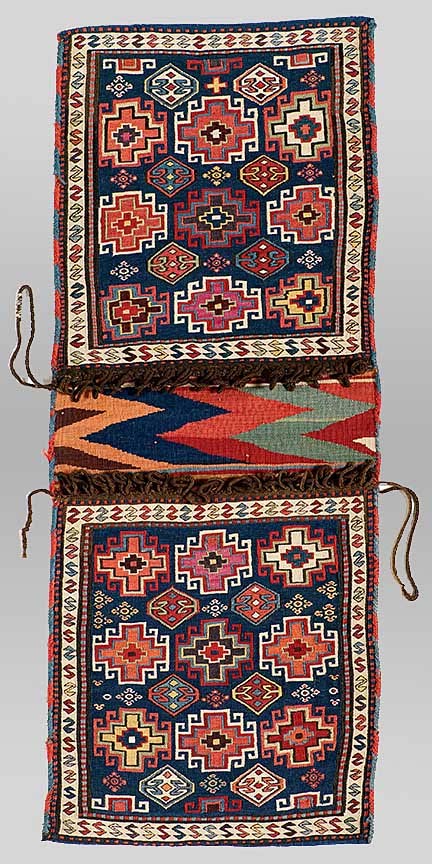 View of the back