Textiles with similar imagery, but with inscriptions in Greek characters and a characteristically Ottoman color style, are also known. Expert opinion is divided as to whether this example was made in Ottoman Turkey for the Armenian community there, or in Iran for the community established in Isfahan by Shah Abbas the Great, at the beginning of the seventeenth century. 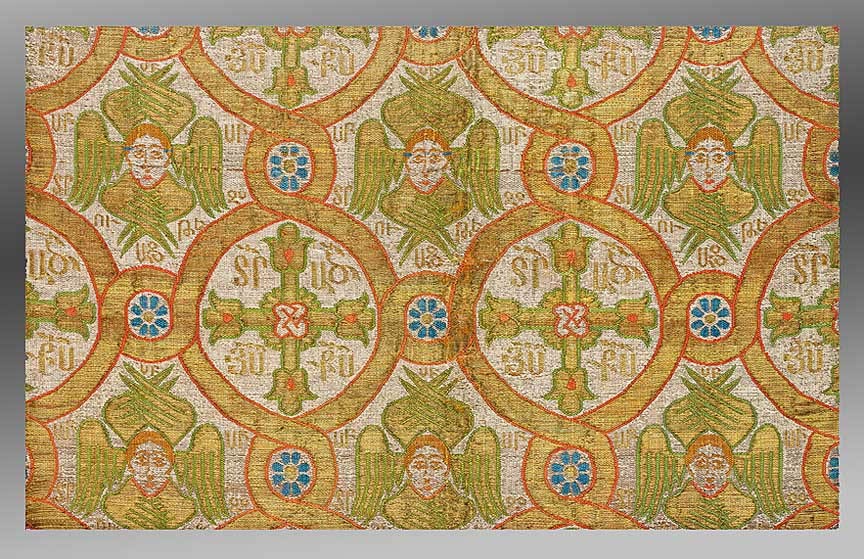