This is one of a number of similar small square rugs woven in the distinctive style of Xinjiang. Though it has no obvious association with religion or religious practices in the predominantly Muslim environment in which it was made, a detailed study of photographs taken in Tibet early in the twentieth century reveals that rugs and mats from both China and the Tarim Basin region (Xinjiang) were in everyday use in Tibet. It is possible that this example, or pieces similar to it, were made for the Tibetan market for use in temples. 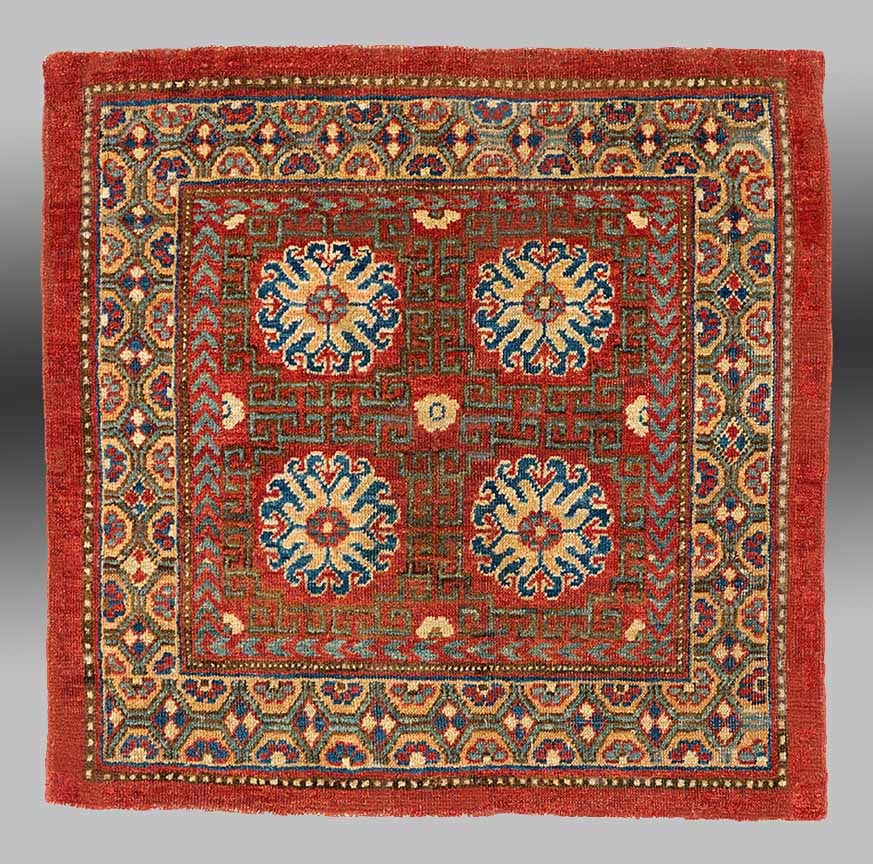