Shawls have been woven in Kashmir at least since the sixteenth century, and the craft could be a lot older. A key to their popularity lies in the use of that most luxurious of textile materials, pashmina, otherwise known as cashmere. The wool is obtained from the Himalayan mountain goat; it is highly lustrous, much finer than sheep’s wool, can be dyed in many colors that are fast to light and washing, and is often mistaken for silk. The weaving process is extremely exacting, and early examples tend to have relatively simple patterns. In the eighteenth and nineteenth century fashionable demand fuelled output, and shawls became increasingly elaborate until the industry collapsed in the 1870s due to competitive imitation and a change in the prevailing style of dress in Europe. 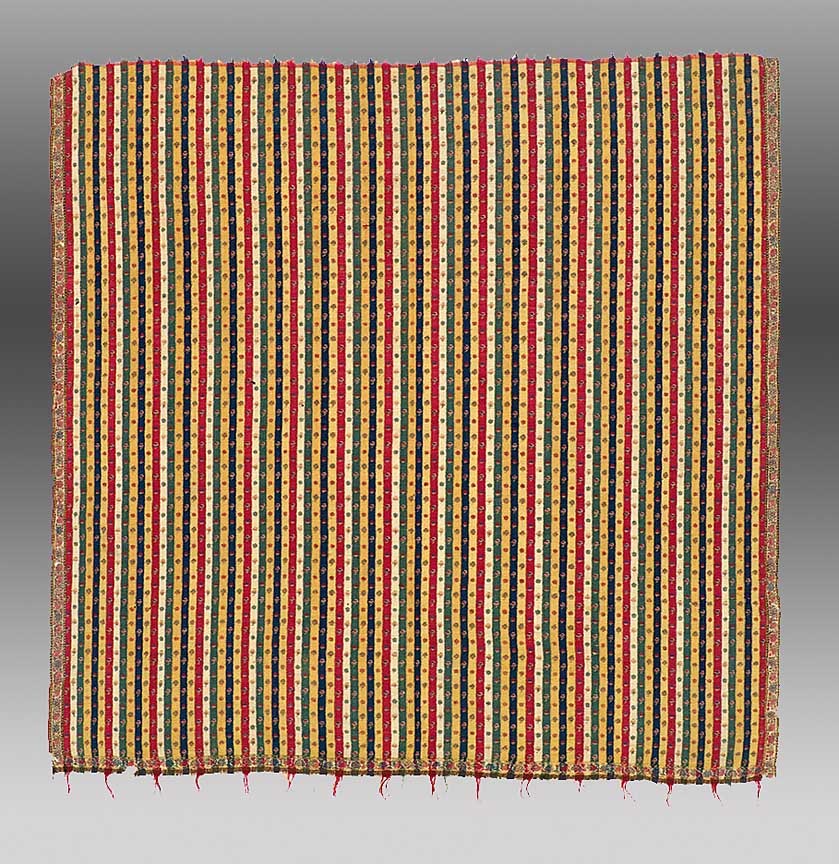 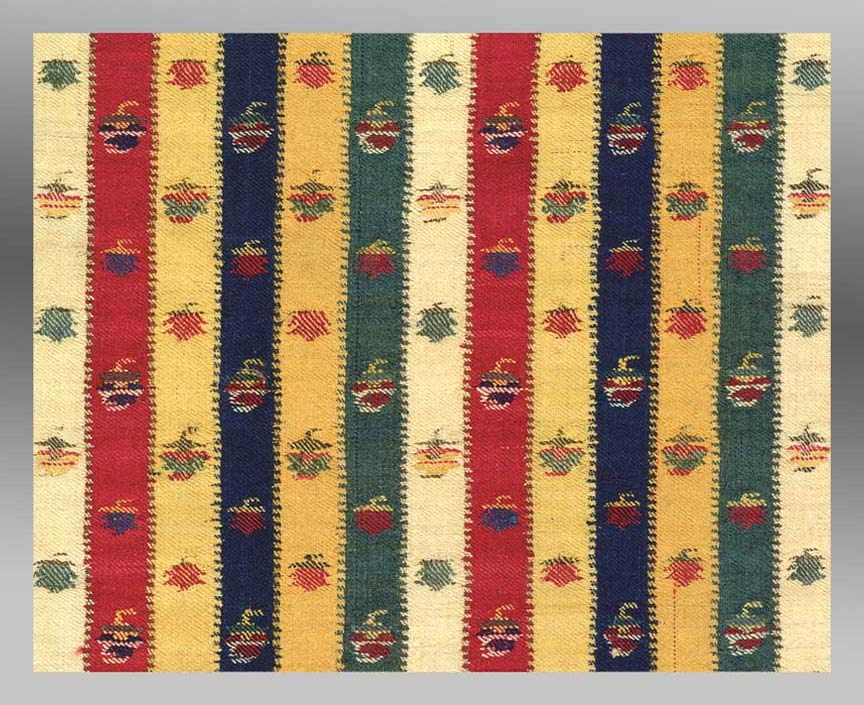