The tiger, though not a native species, holds a special place in Tibetan culture. It is associated with majesty, authority, power, strength, and fearlessness. In former times, tiger skins were worn in battle, and certain deities, siddhas (spiritually perfected beings), and great teachers, are often depicted either seated on a tiger skin or, sometimes, wearing one. Tibetans continue to attach cultural importance to the tiger. Garments made from actual tiger skins are so much in demand in Tibet today that the trade has resulted in the Bengal tiger’s virtual extinction in India, including its loss by persistent poaching from protected game reserves. The almost luminous synthetic dyes of this example indicate that it was produced relatively recently. 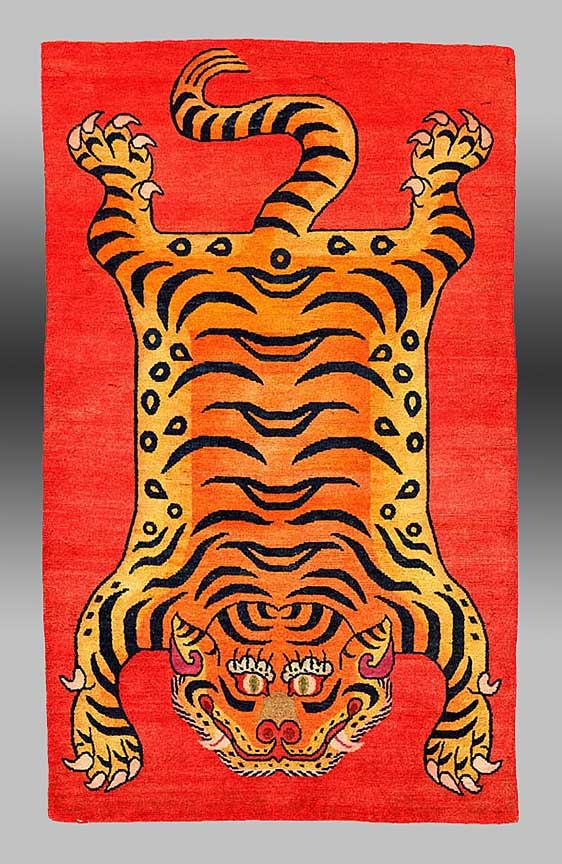