The Zoroastrians of Iran, now few in number, practice a religion once widespread in Iran before the coming of Islam in the seventh century. The item of clothing seen here (maqna-eh), termed by the Zoroastrian women of Yazd maknun, dates from the mid-nineteenth century, when distinctive garments were noted for their extremely economical use of cloth, as dictated by poverty and the need for thrift. The maknun was worn draped over the head and shoulders, the hair being already covered by a small scarf and a closefitting cloth bonnet, the lachak. The motifs, embroidered in silk, are strongly traditional, being handed down from mother to daughter. At the center of the shawl, two poetic couplets have been embroidered, each beginning: “In the name of God.” 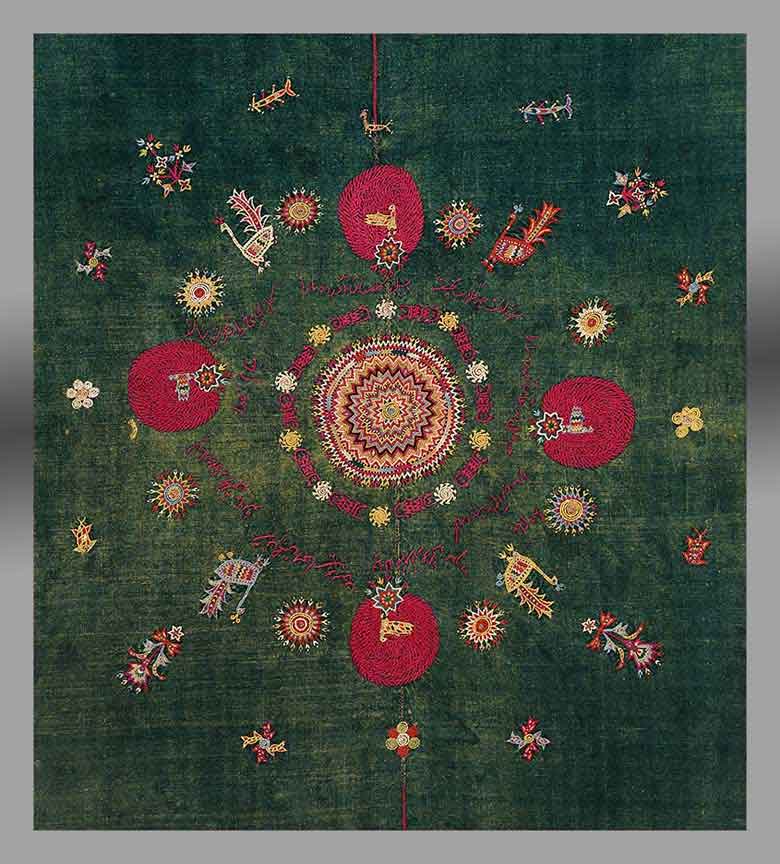