This is the face of what originally was a double-bag. Its striking design derives from a pattern that originated in Iran, probably in the eighteenth century, known as mina khani. In this version the white florets form a dramatic contrast with the midnight blue field that is so dark it is almost black. An unusual feature is the presence of tiny amounts of pink silk in the center of two of the large flowers. 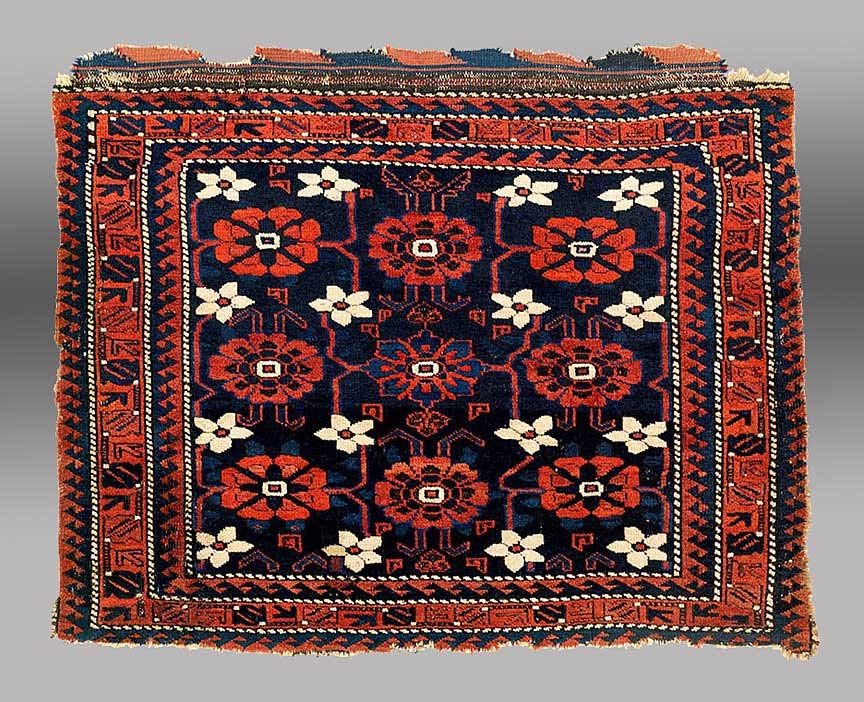