By custom and practice, Caucasian rugs are classified using place-names to denote a particular design. However, carpets are not necessarily produced in the town or district after which their designs are named; weaving technique generally serves as a better guide to provenance than design. Rugs with similar patterns to this one are named after a village, Akstafa, near the town of Kazak in the Kazak district; however this rug has all the technical characteristics of carpets produced in the Kuba-Shirvan region. The boldly executed bird, animal, and human motifs scattered throughout the field and its patina of age, distinguish this example as one of the best and oldest of its type. 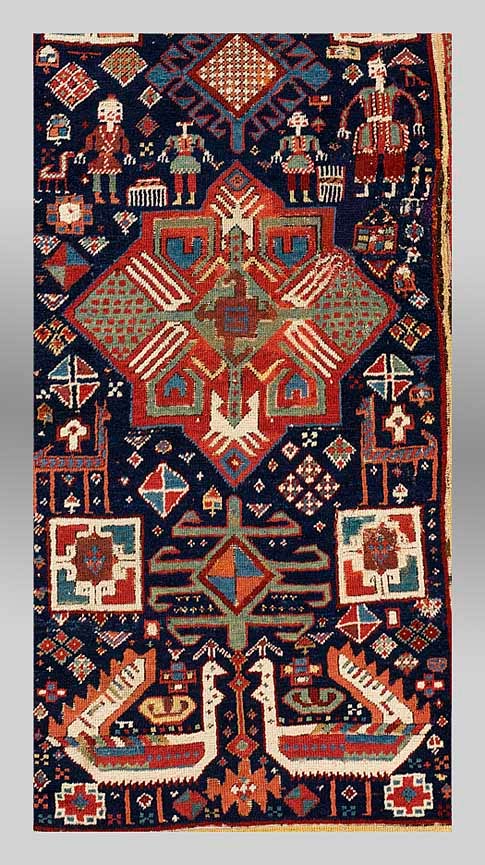