At first sight, this carpet shares some details in color and design with the work of the settled Turkmen Ersari tribe, although expert opinion does not regard this as a Turkmen rug. There is a tendency to label non-Turkmen rugs clearly of Central Asian provenance as “Uzbek.” While the diverse groups of people who comprise the Uzbek population produced many distinct kinds of knotted-pile weavings, relatively little is known about them. This rug might not even be Uzbek: rather, it could be the work of Kazakh weavers, about whose carpets relatively little is known. At the western edge of their territory, the Kazakhs intermingled with Turkmen peoples, which could explain the similarities between this carpet and those of the Ersari. 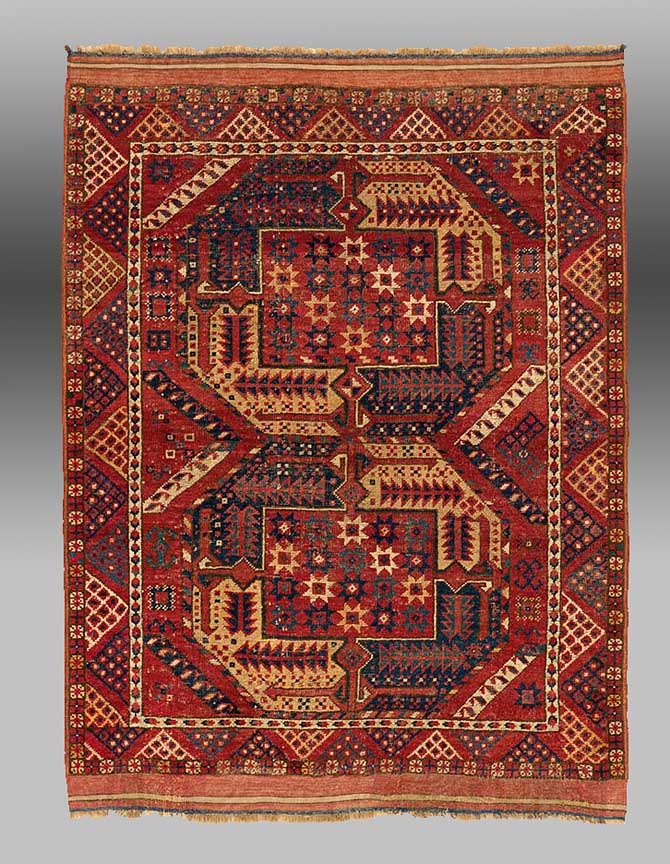