The Kyrgyz, tent nomads inhabiting the mountainous regions of Central Asia, were subject to an aggressive settlement policy while under Soviet rule. Pouches (bashtyk) similar to this one were originally used for storage inside the Kyrgyz tent. They had a back, were furnished with a closing flap, and were embellished with tassels. Over time, they lost their practical function were produced entirely for decoration. Older examples of both the practical and decorative bashtyks were made using leather appliqué; later examples were produced on coarse white cloth. This decorative example, of intermediate age, has a felted woolen cloth ground, and its leather appliqué displays an archaic Kyrgyz motif found in all media—metalwork, reed screens, felt, and embroidery. 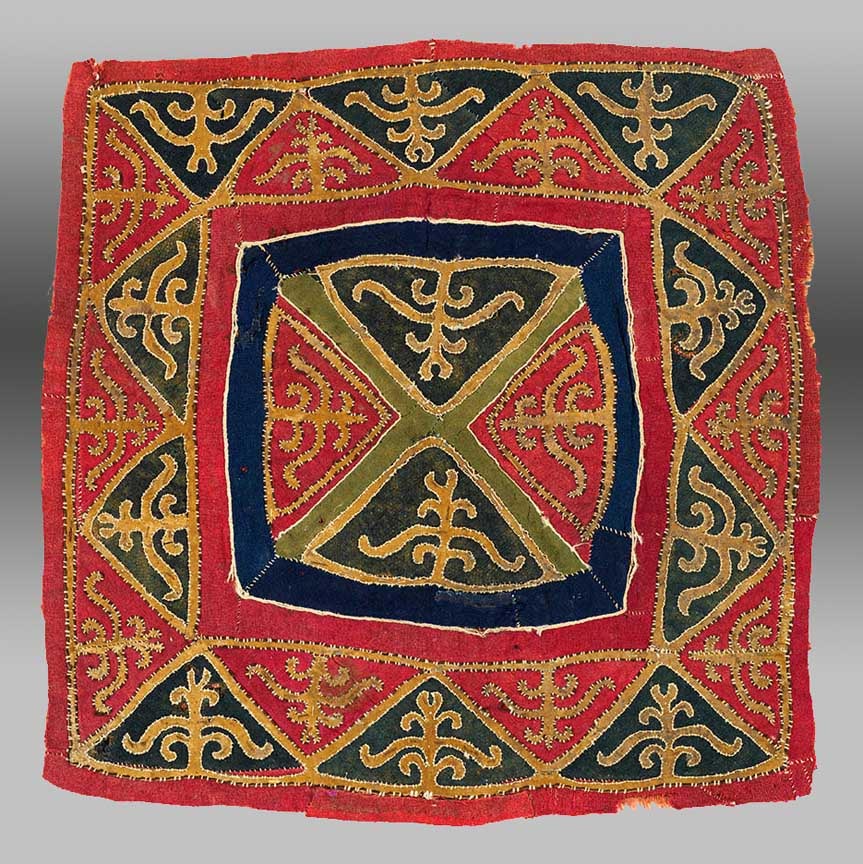