The term that is often used for such Uzbek and Tajik embroideries is suzani. While many suzanis with flowering shrub motifs, rendered in varying degrees of compactness, are well known, the design of this example, which has five panels sewn together, is one of extreme rarity. It was often the case that when a young woman wished to start an embroidery of this kind, she would have a design drawn on the plain cloth ahead of time by a more skilled person. Since only one other closely similar example is known, we can assume that the embroiderer was also the designer. Slight irregularities throughout this piece give us insight into the human hand that produced this work of art. 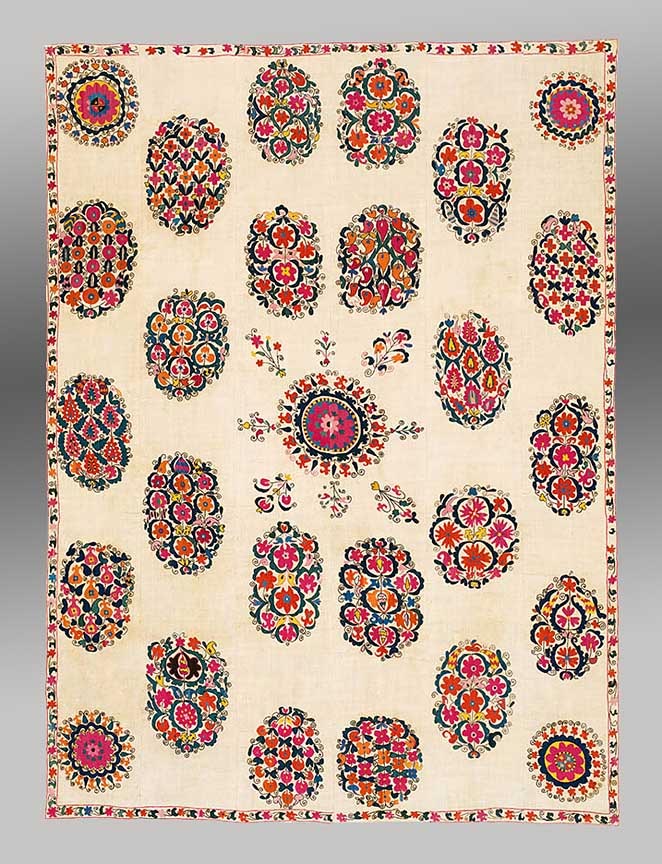 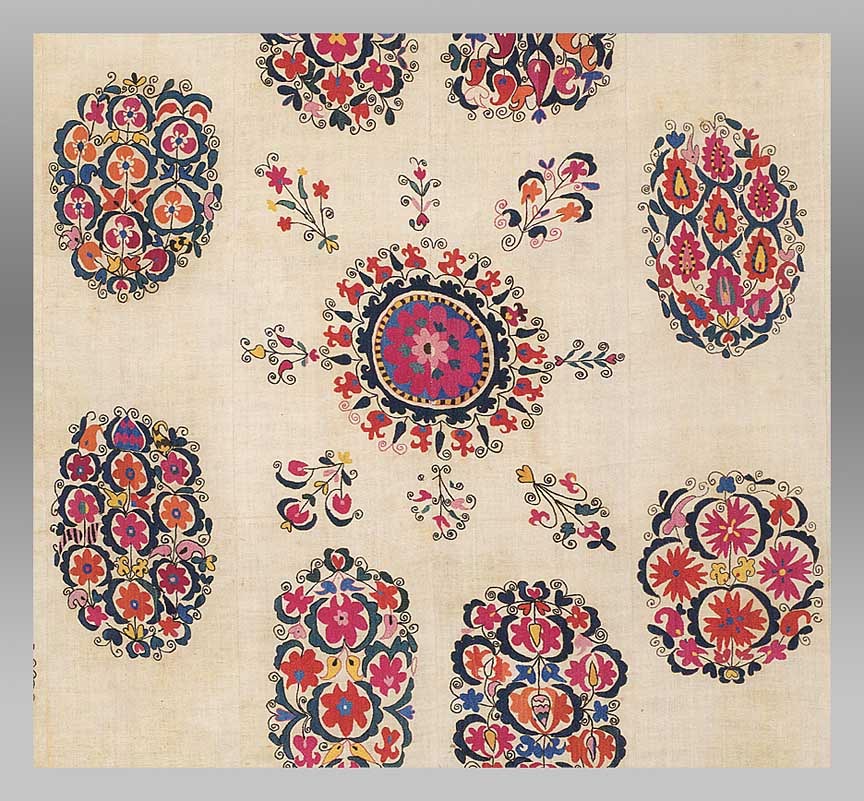