Embroideries of this general type have been collected for well over a century, however, little is known about them. Although they are often assigned to the 18th century, some may be considerably older: examples from one sub-category incorporate designs of sixteenth-century Safavid court textiles. This raises the question as to how long it takes for court designs to filter through to the provinces. This example demonstrates the embroiderer’s familiarity with seventeenth and eighteenth century carpet designs. It also includes motifs of considerable antiquity, such as the star-filled octagons in the four corners, which are clearly related to the so-called “stars-and-bars” motif found in fifteenth-century Turkish and Persian carpets as well as in Egyptian carpets of a slightly later date. 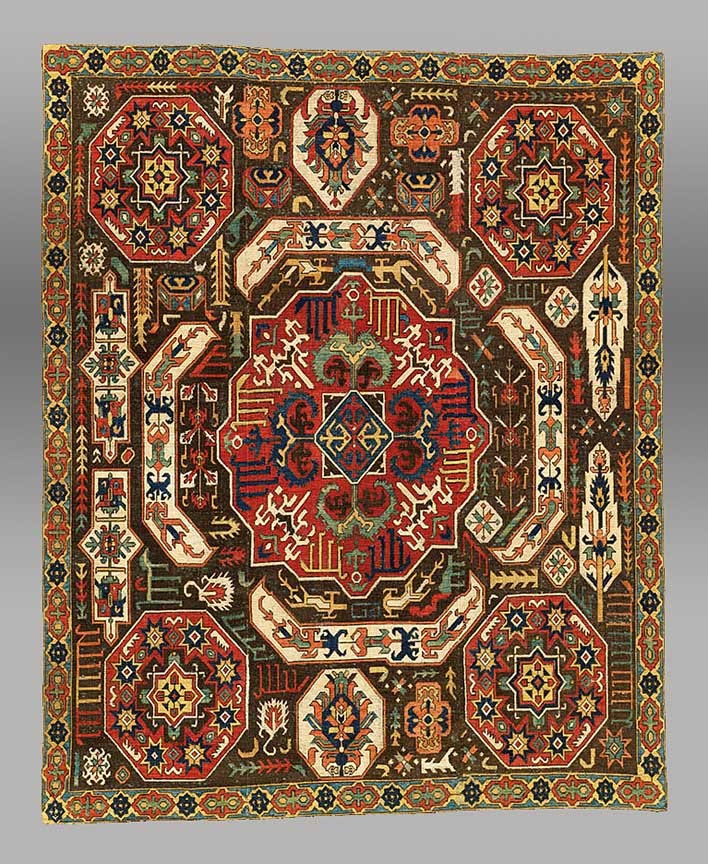