The popularity of felt as a warm material for clothing is evident in the variety of items made with this material, including capes used by shepherds all over the Near East and Turkey, and boots of the type on display here. Felt boots of this type, formerly widely used in Turkey, fell out of favor in the 1960s or 1970s, when rubber boots replaced them. 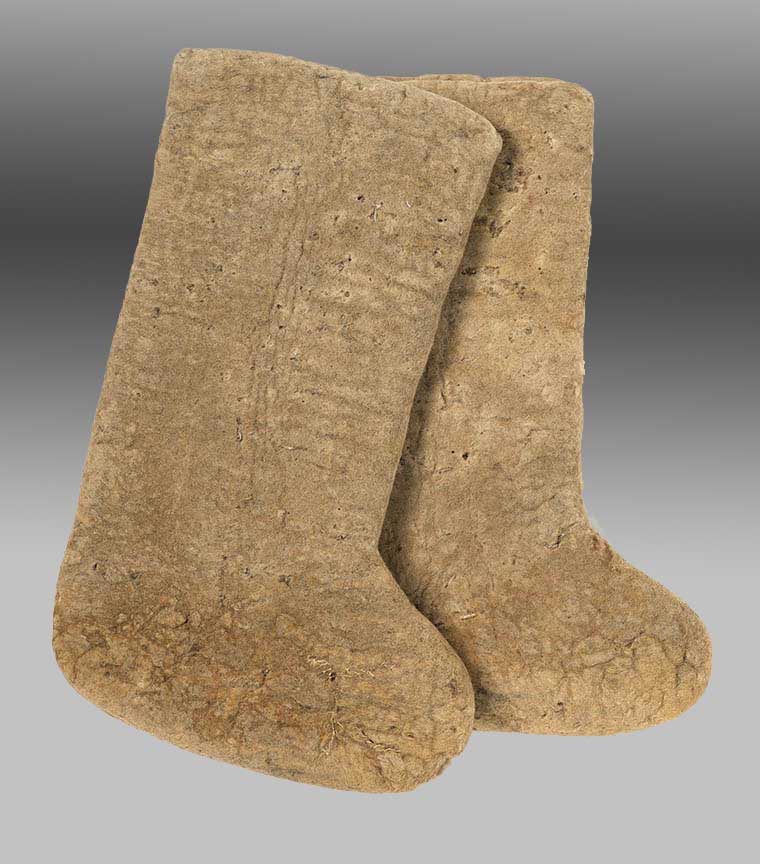 Below – A Turkish shepherd wearing the traditional felt cape (kepenek). Despite the rain, he will still feel warm because wool has the remarkable property of giving out heat as it absorbs moisture. Yuntdag region, Western Turkey, 1986. 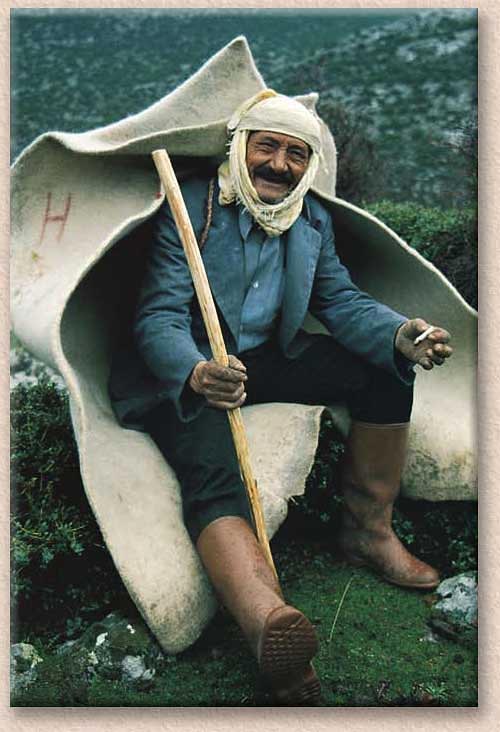