In the last quarter of the 19th century, certain types of Persian carpets were highly sought after by dealers and collectors in the United States and Europe. Weavers in towns and villages responded by producing carpets made for export, with features such as the soft colors and joyous bird, flower, and vase motifs seen in this carpet. According to oral tradition, these carpets were produced in the western Iranian town of Ferahan. A characteristic of older Ferahan rugs is a corrosive pale green dye, seen here in the narrow borders. 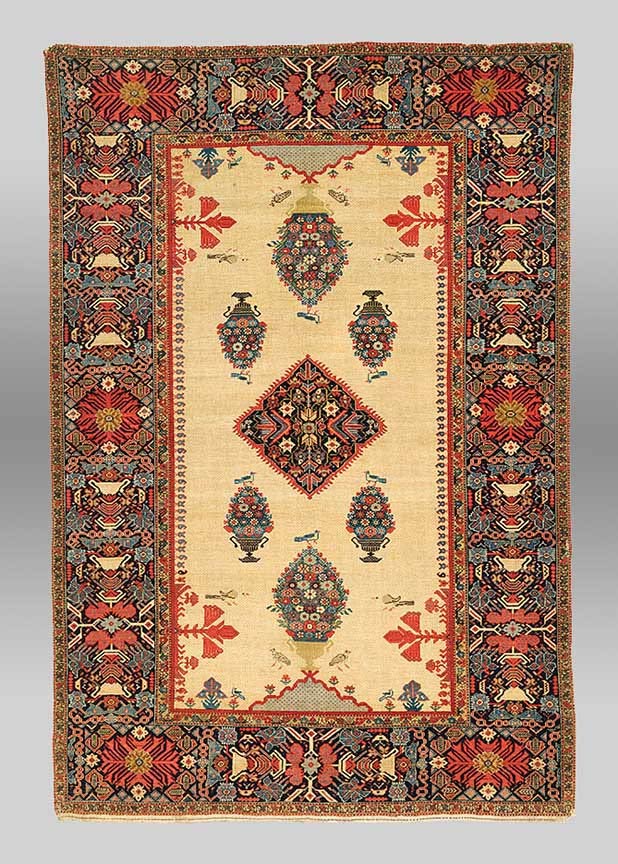 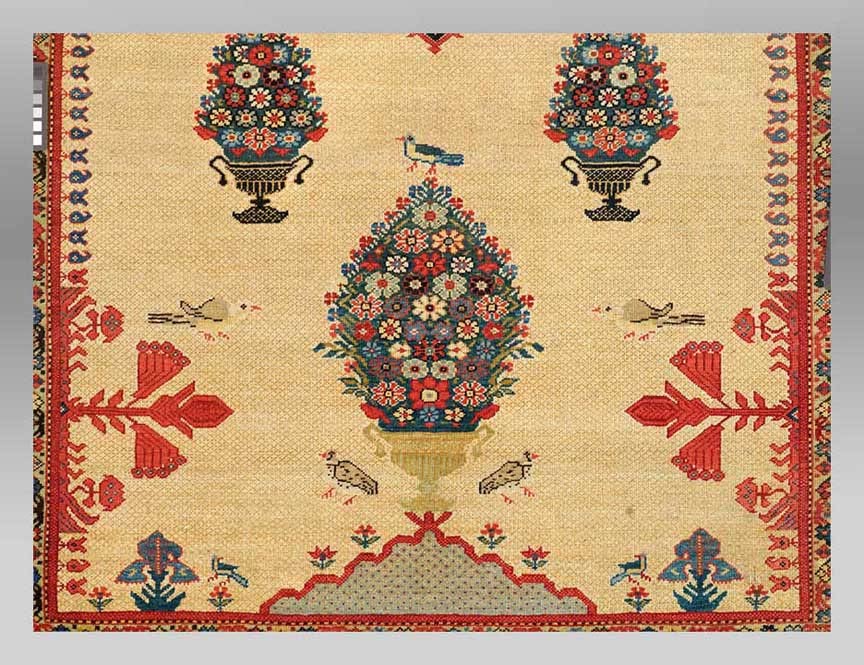