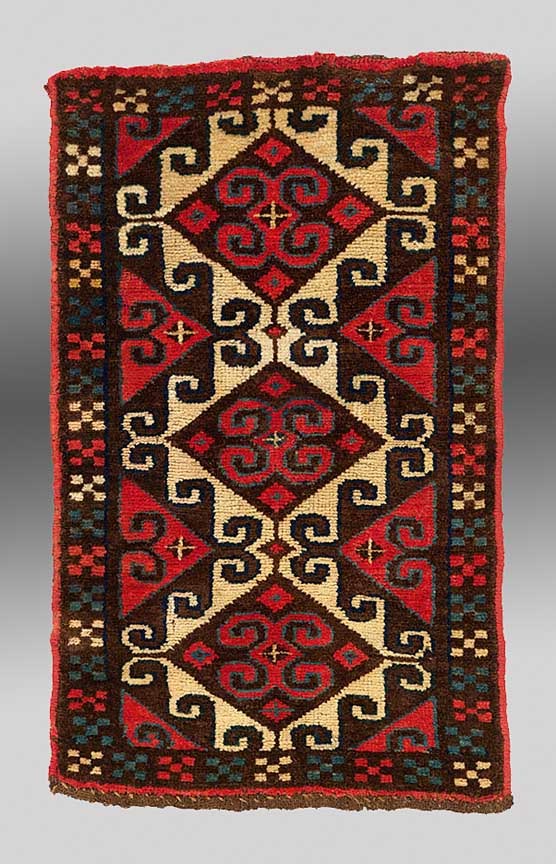 The nomadic Karakalpak historically inhabited the area of the Amu Darya River delta, where it empties into the Aral Sea. However the diversion of river water for crop irrigation, the desertification of the Aral, and the use of carcinogenic pesticides, have caused a grave ecological disaster and have destroyed the Karakalpak way of life. [Fig. 5.12 in catalogue] Remnants of their material culture thus serve as precious documents of these people’s former existence. Objects similar to this one have been described as esik kas, or a hat-rack hung as a loop from the roof of the tent near the threshold. This particular example is not long enough to serve that function, and probably was used as a decorative cushion-front inside the tent.