This carpet exemplifies the kinds of weavings that were produced in the western part of Azerbaijan, where it borders Georgia and Armenia. This district, known as Kazak, is known for producing carpets that differ in several ways from the carpets of eastern Azerbaijan; they are squarer in shape, have a longer pile and looser handle, and use a palette with more red and green. Some Kazak carpets incorporate motifs that recall the Turkish design repertoire, in contrast to the rugs of the east Caucasus group, which incline more towards a Persian style of decoration. With its predominant use of primary colors, this rug presents a forcefulness and simplicity of design typical of the Kazak style, here enlivened by the use of small, improvised ornaments, such as birds, animals, and stars. 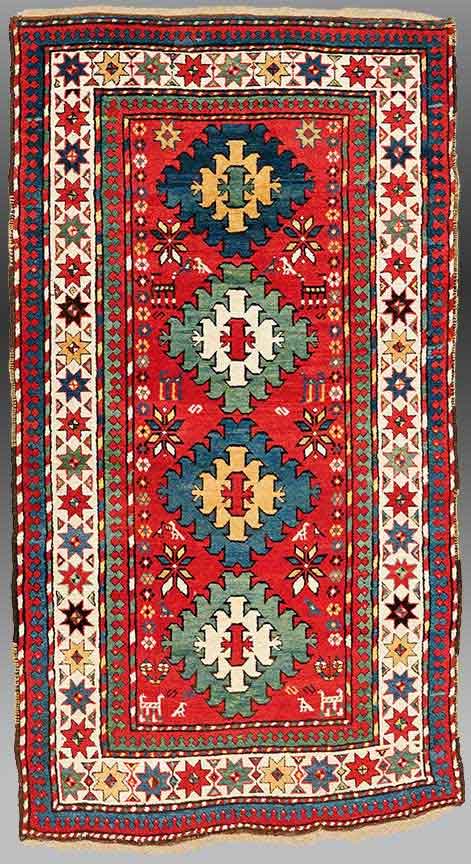