Between the collapse of the Safavid Dynasty in 1722 and the late 19th century, when market demand for Persian carpets in the United States and Europe brought about a “revival” in the Iranian weaving industry, Iran was home to two major weaving centers: the southern town of Kerman, and a still unidentified center in Khorasan (northeast Iran). The new designs produced in these centers were copied with progressive deviation throughout Iran, including Kurdish villages and small workshops in northwestern Iran and Azerbaijan. This Kurdish carpet from Northwest Iran presents a variation on the afshan, or overall design, which originated in Khorasan. 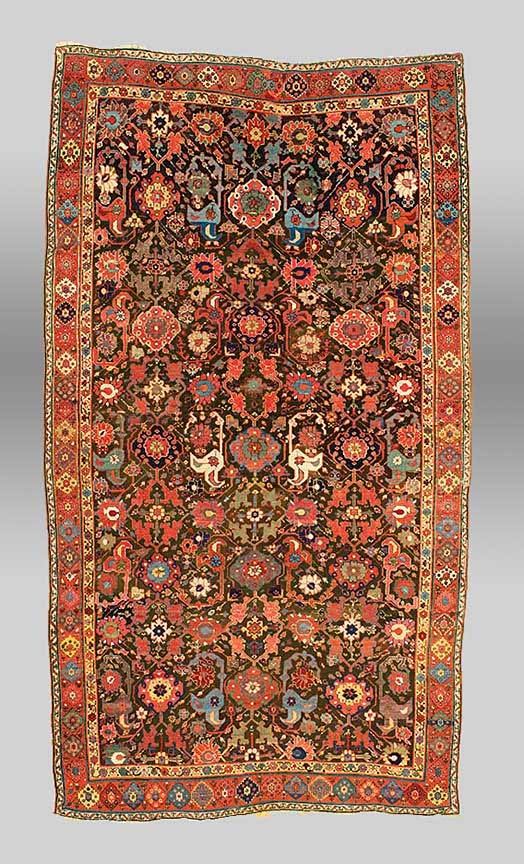 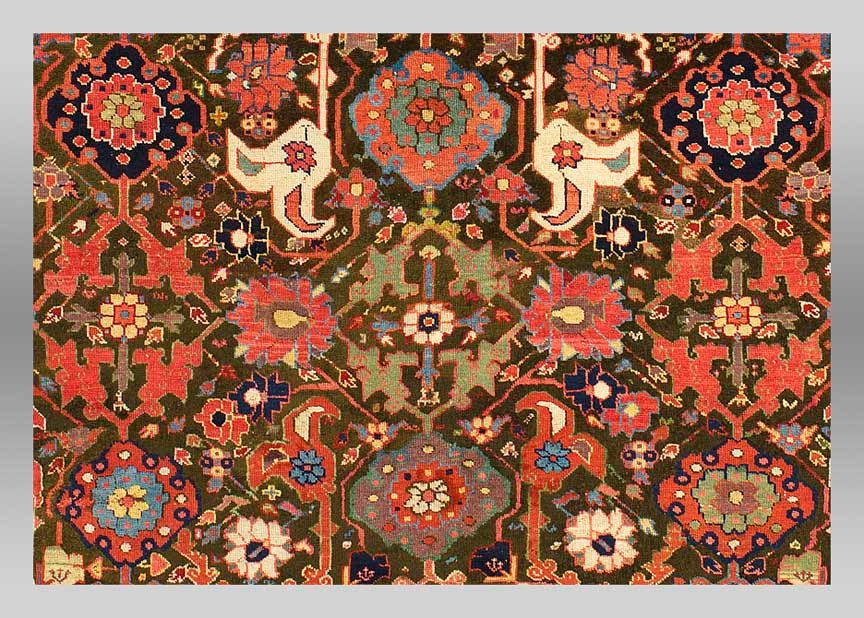