This Kyrgyz felt has been produced using an intarsia, or “mosaic” technique. Various shapes have been cut out from sheets of different color and then sewn together; reciprocal patterns are particularly popular. The nomadic Kyrgyz and Kazakh have developed the art of patterned felts to a high level, surpassing the work of their Turkmen neighbors, who arrange colored wools into a pattern that is “rolled-in” as the felt is compacted, producing a blurred-effect. 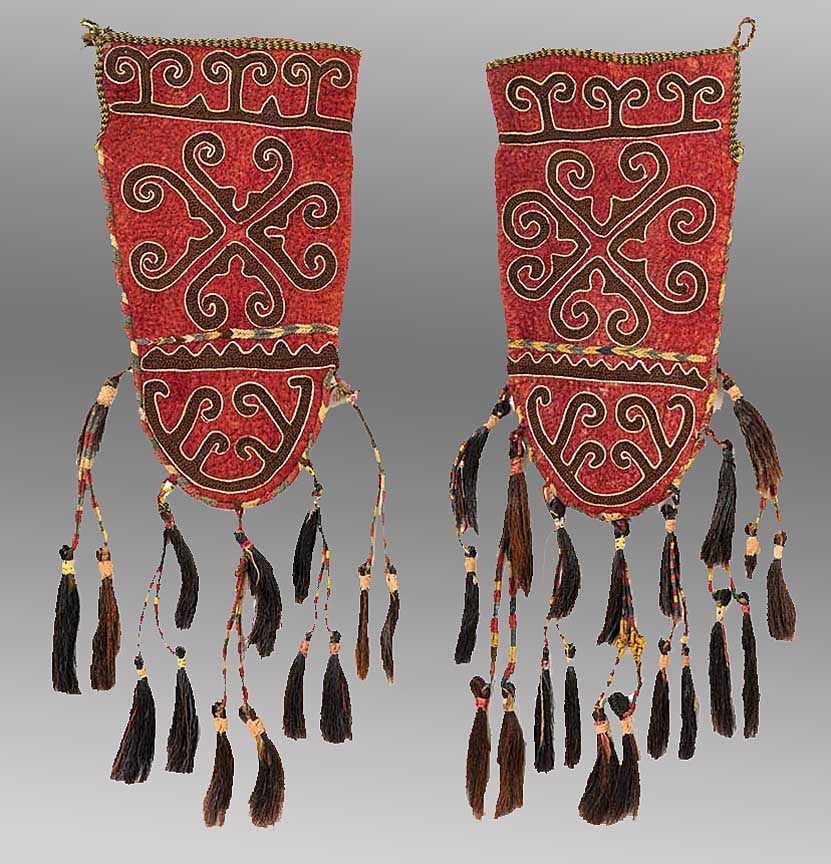 These objects, known as uk bash, (literally, “tent-strut head” or “cover”), have a simple utilitarian function. The tent strut is the part of the wooden frame that forms the roof and supports the roof felts of a nomad’s tent. The uk bash covered the end of a bundle of struts carried on a camel’s back during migration in order to prevent injury to the eyes of other animals. Although this use was correctly described years ago, it was doubted in some quarters for a lack of documentary evidence. This exhibition and its catalogue mark the first occasion that an image clearly showing how uk bash were used has been exhibited and published 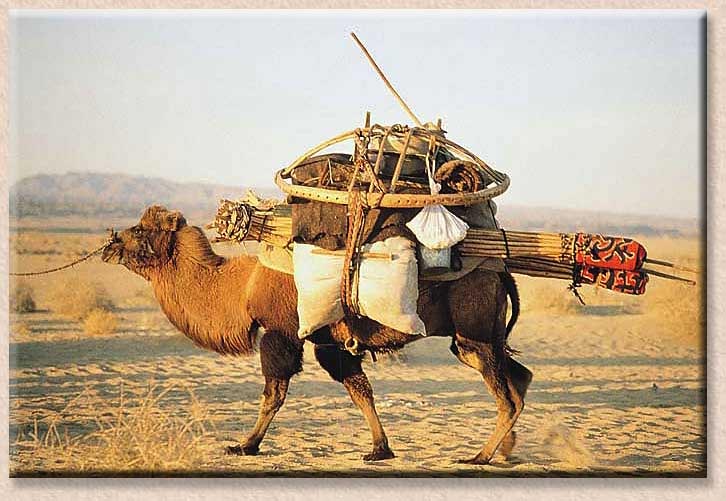