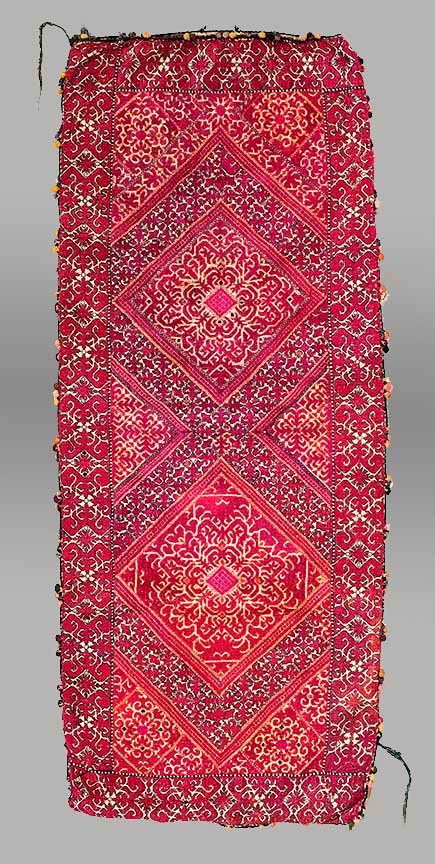 The technique of this embroidery, using floss-silk, is common throughout Pakistan and India, but this example’s style is characteristic of the upper Indus Valley, specifically the eastern side, which forms the Hazara District of the Northwest Frontier Province of Pakistan. Historically, this region has been known for its independence and resistance to outside influences. The recent appearance of traditional items from this region on the market, caused no doubt by their replacement with readily available factory-made goods, is a symptom of a major cultural change in the area. 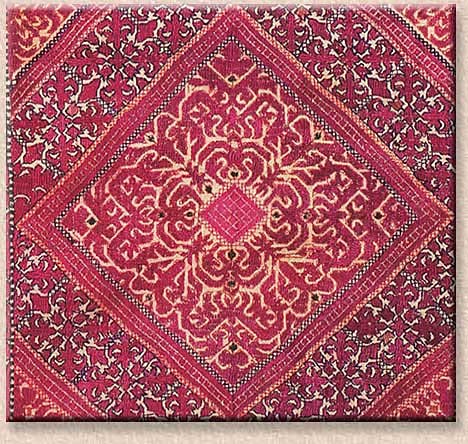