The size and shape of this runner, produced in Senneh (Sanandaj), indicate that it was part of a typical four carpet system used to cover the floor of a traditional Persian home. It can thus be dated before 1870, when this system fell out of use. This is of certain interest because beginning in the last quarter of the 19th century, Senneh carpets were highly regarded for their fineness. This carpet proves that weaving in Senneh did not spring up in response to European and American market demand in the late 19th century, but stemmed from an earlier tradition. 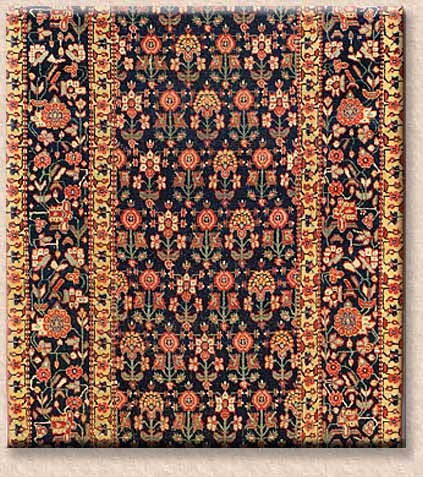